A recent stop to accepting new refugees has moved the German town of Pirmasens into the spotlight. The move comes after a string of events signaling a departure from the all-out welcome that Germany was recognized for at the height of the refugee crisis.

Managing refugee numbers is increasingly becoming a complicated task in Germany, as a number of towns and cities have started to show reluctance to taking in new migrants and refugees. The small town of Pirmasens in the southwestern state of Rhineland-Palatinate is the most recent example of a turning of tides against refugees.

The regional government there has decided to support a motion to reject any new migrants arriving in Pirmasens - unless they have a job lined up or are involved in vocational training or higher education. Instead, the community said it wanted to focus its resources on integrating the refugees and migrants already living there.

Pirmasens Mayor Bernhard Matheis highlighted that the small town already had more than twice as many refugees and migrants living there than required by the state's quota. With a refugee population of 1,300, about three percent of the town’s overall inhabitants are migrants already; and without any growth in the local economy and a stark decrease in overall population numbers over the past 50 years, the small town finds itself unable to host any more refugees, migrants and asylum seekers. 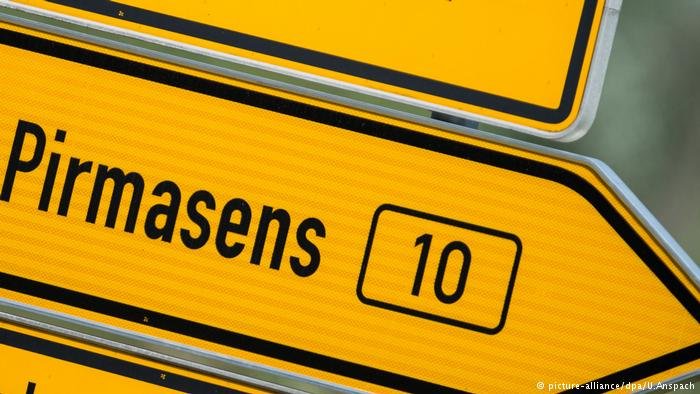 The German Confederation of Cities and Communities (Deutscher Städte- und Gemeindbund) DStGB said that many refugees have chosen to move to Pirmasens because of its fairly low rents, resulting in far a far higher ratio of migrants now living there. DStGB Deputy Spokeswoman Janina Salden explained that it is "understandable if communities feel forced to hit the brakes on migration when they reach their limits in terms of meeting integration demands."

"These kinds of situations could be avoided if there was a fairer distribution of migrants was in place."

Salden said that refugee movements can be better managed in cases where German states decide to apply a certain piece of legislation called "Wohnsitzauflage" ("residency obligation"), which is designed to limit the movements of a migrant. Essentially, states applying the Wohnsitzauflage requirement confine refugees to living within the community where they are registered. However, only five out of Germany’s 16 states are currently applying this optional piece of legislation. 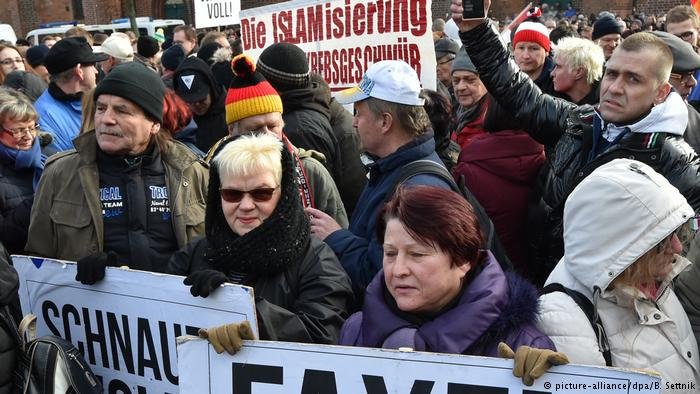 Communities are challenged with status quo

The situation in Pirmasens is not a unique occurrence. Other towns and cities have also put stops in place to limit refugee numbers, or have launched motions to try to get such stops instated.

Cities like Wilhelmshaven, Salzgitter and Delmenhorst in the northern state of Lower Saxony, whose overall economic performance outshines some of the more challenged areas of the country, have put similar stops in place, feeling overwhelmed with managing the refugees and migrants that are present there already. In these communities, the focus needs to shift to meeting integration demands, DStGB Deputy Spokeswoman Salden said.

Cottbus in the eastern state of Brandenburg is another case-in-point that highlights the evolution of limits and stops put on refugee numbers in certain places. The city with a population of roughly 100,000 residents took similar measures back in January 2018, trying to limit refugee numbers there. These motions, however, have since been suspended. The move came after local residents demanded the introduction of limitations to refugees moving to their city.

Cottbus was also one of the strongholds of the Alternative for Germany (AfD) party during general elections in September 2017, which runs on an anti-immigrant platform. Xenophobic attitudes are particularly strong in parts of eastern Germany, which even more than 25 years after reunifying with the rest of Germany is still suffering from its communist past and its economic mismanagement. This often results in widespread frustration which ends up being taken out on foreigners.

Freiberg in the state of Saxony is another example of an eastern town that has launched motions to stop further refugees from arriving in their community. The town of 40,000 residents, however, is currently only in the early stages of its application to limit migrant numbers, according to DStGB. Whether the state grants the limits is yet to be seen. 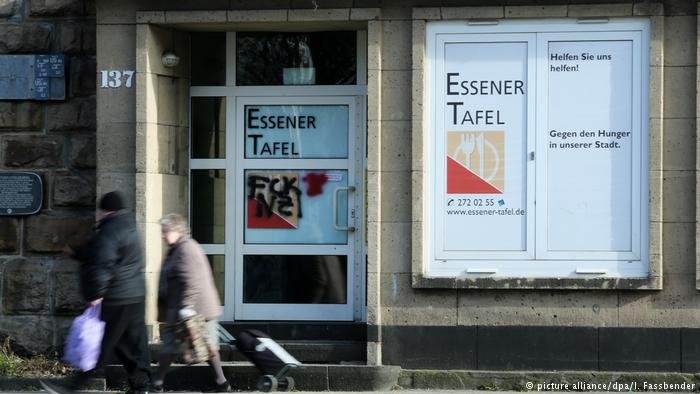 There has been an increase in terms of a more hands-on management of the refugee situation in various parts of Germany - as opposed to the overall notion of a blind welcome, as was seen at the height of the refugee crisis in 2015 and 2016. In some instances, this approach may look like outright rejection. However, there usually is no ill will behind such policies and solutions.

For example, the "Tafel" public food bank in the western town of Essen closed its doors to accepting new foreign members earlier in the year, including migrants and refugees, saying that it was struggling to accommodate its existing base in the face of aggressive behavior such as pushing and shoving observed among its newer refugee members. The decision caused a major backlash, with every political party commenting on that decision. The controversy surrounding the "Tafel" food bank is seen as part of this wider shift in attitudes toward refugees across the country.

Now the introduction of limits to hosting new migrants and refugees in some German cities is likely to further polarize the debate on the future direction of Germany's refugee policy.