Pianoterra helps mostly immigrant women through projects for mothers and their children in Naples and the Italian capital. Many are Nigerian women living in extreme poverty in the Castel Volturno district.

''When we began in 2008, 50% of those coming to us were Italian women and the 50% were foreign women. Today, some 98% are foreign women,'' said Flaminia Trapani, chief advisor to Pianoterra.

The organization Pianoterra, which means "ground floor", has its headquarters in Naples' historic quarter and since 2008 has run 18 projects for mothers and children.

Pianoterra's growth has enabled the association to extend its activities to Rome as well, where since 2015 over 40 immigrant women and their children have received assistance. Behind these numbers are the stories of over 3,000 women from high-risk areas in Naples and Rome and countries including Nigeria, Morocco, Sri Lanka, the Philippines and others, who have been helped by the Pianoterra projects and received free legal, pediatric, psycho-educational and psychological assistance.

Trapani said that ''the situation is now that of a wide prevalence of Nigerian women, many of whom live in Castel Volturno amid dire poverty and extreme isolation, since it takes three hours to get to Naples from there.'' ''Many Moroccan women from the Aversa area also come to us, which is better connected to us, and there is the fact that Moroccan women are more united. They come to us in groups and help each other,'' she noted.

In the Pianoterra headquarters in Naples' Piazza San Domenico Maggiore 3, there is "Spazio Mamme," part of a national program of the Italian branch of Save the Children. Women are helped in the space by psychologists and prenatal and post-partum trainers, who help them understand and deal with deliveries, the first few hours of the child's life, breastfeeding, care of their infants, weaning, and changes in their children in their first three years of life. 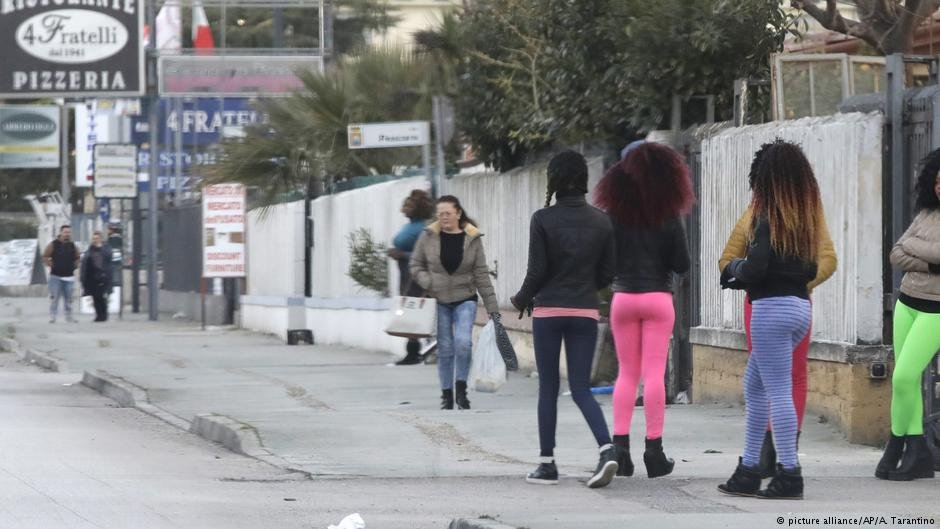 The NGO is now preparing to bring its services to Castel Volturno. The area, Trapani said, ''was self-organized but only a small section of the population was included in the official figures and so, for example, there are only two social workers but an enormous number of people with serious problems who need help. This is why we want to go to them, bringing services such as our prenatal course for immigrant women.''

The assistance is especially important, according to the pediatrician Giuseppe Cirillo, who works with Pianoterra, because ''there are women, especially immigrants, who see a gynecologist for the very first time when they give birth. Intercepting them is not easy but can be done. Pianoterra does this, even if on a small scale, and its approach should be extended as much as possible.''

One of the partnerships developed in the past few years is with the Associazione Culturale Pediatri which it is trying to prevent and reduce heath and development problems linked to children's growth in poverty and social marginalization. The initiative, being implemented in Naples and Rome, is for pregnant women, new parents and children up to age three. It provides help with dealing with birth and being a new parent, meetings with specialists in mother-and-child healthcare, psycho-educational and material help.

Naples welfare councilor Roberta Gaeta used to work for Pianoterra. She said that ''I known their efforts for many foreign women. We are now supporting a program of theirs in the Materdei and Sanità areas. We are trying to support what is offered from the ground up, instead of proposing projects ourselves.''