Ceno, a volunteer agency in Cologne, Germany, has been running a project "Godparents for young refugees" to connect local retirees with young asylum seekers. The one-on-one mentorship involves meeting each week for two to three years.

With the large influx of asylum seekers into Germany in recent years, volunteer organizations have had to shoulder much of the burden of helping newcomers with integration. Ceno is one such organization. It runs a variety of different projects to support asylum seekers, including the successful project, "Godparents for young refugees."

In this program, local retirees are paired with young asylum seekers in a mentor relationship that lasts for two to three years. The mentor, or "godparent", meets regularly with the young asylum seeker and helps with whatever they need, including language skills, assistance with administrative issues, or just general support.

Help for the helpers

Before a retiree is paired with a young asylum seeker, he or she is required to undertake a training program. Ceno spokesperson, Laura Bramann, told InfoMigrants: “The special thing about our work is that each voluntary engagement starts with an individual consultation by pedagogical specialists and every volunteer is professionally prepared for his or her task and accompanied during his or her engagement. This professional pedagogical preparation and support of volunteers is particularly important in the project ‘Godparents for young refugees'.” 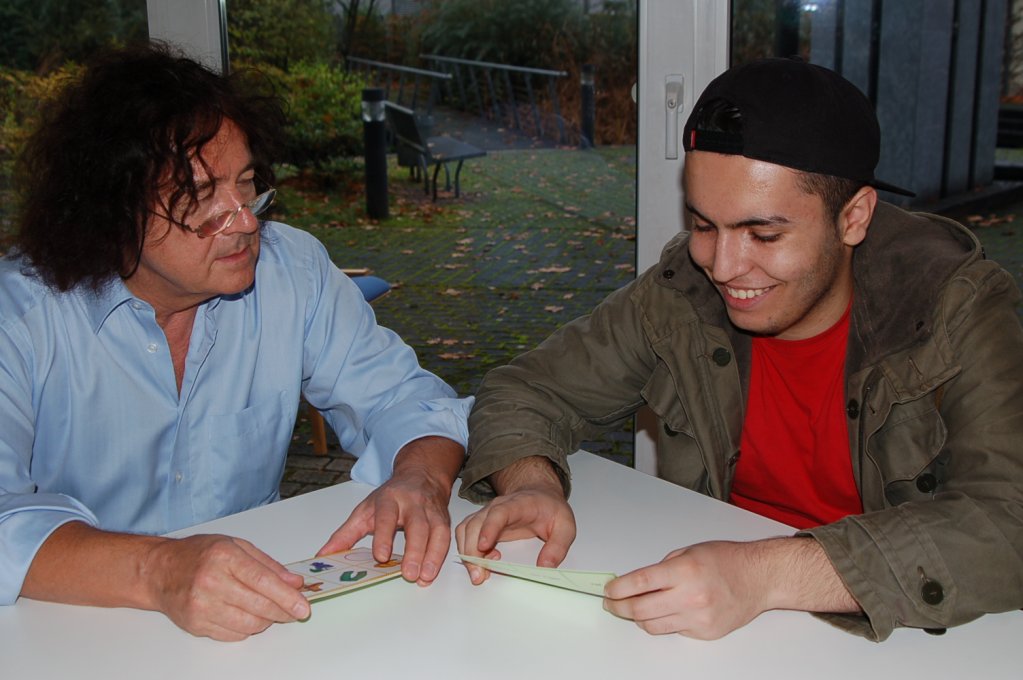 Beate Bartsch, who has been a "godparent" since 2016, says that the support provided by Ceno is what makes this project exceptional. "You are never left alone to deal with things by yourself. I did the training course, which gave me the understanding of how to go about helping a young asylum seeker. But whenever it is difficult, you can always get advice from someone at Ceno."

Another way in which the "godparents" are supported is through regularly meetings as a group. "The godparents themselves meet once a month to exchange experiences. This offers the possibility to discuss individual developments, to take up suggestions from the Ceno project management (pedagogical specialists) and the other volunteers as well as to plan next steps," says Bramann.

"This has been an important part of the process for me," Bartsch says.

The project has been running since 2015 and there are currently 15 godparent tandems. Ceno receives lots of enquiries about places for young asylum seekers, due to the enormous benefit of receiving one-on-one support over a long period. To match this need, says Bramann, “we are always looking for volunteers of the generation 60+ who would like to take over a sponsorship.”

The project is funded by "Aktion Mensch," an association that promotes inclusion and equality, as well as by private donations.

According to Bramann, there is no requirement to have refugee status or subsidiary protection for admission to the program. The young asylum seekers currently taking part come from Syria, Iraq and Eritrea and are between 16 and 22 years old.

Sabah. A, 16, has been mentored by Beate Bartsch for two years. He fled Iraq with an older brother and young aunt when "IS" came. The three of them were on the road for two months, traveling the Balkan route, before arriving at an uncle’s house in Cologne.

"It took a long time before he could tell me about what happened to him," explains Bartsch. "His father took the family into the mountains at night when the 'IS' came."

Beate says that getting to know Sabah, and helping him find his feet in Cologne, has enriched her life. After retiring in 2014, she wanted to spend time doing volunteer work. A friend recommended Ceno to her and she hasn’t looked back.

"It has changed my life in some ways," she says. "It brought the refugee crisis into my life, in a way that I otherwise might not have experienced. And it has made be aware of how cruel German laws can be for families who have been torn apart by war."

After a lengthy process which involved having to leave three children behind in Iraq for a year, Sabah’s parents have finally been able to join him Cologne. But although the family has been reunited, his sister, who had already turned 18, was not eligible to come. 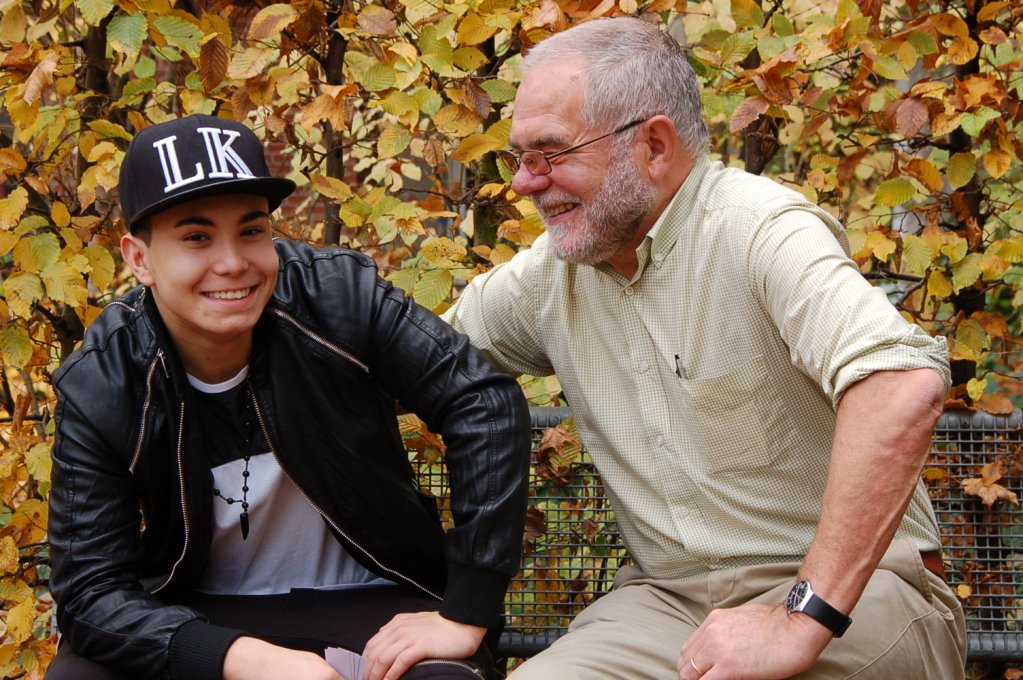 Sabah and Beate have been meeting every Thursday afternoon for two years. For the first six months, she would pick him up from school and they would go to the library and read books. "After a while, I asked him if there was anything in particular he would like to learn," Beate explains. "And he said, 'swimming!'"

So, she took him swimming from then on. "It was important for him to be able to try it out, without the pressure of being in a course," she says. He was awarded the bronze level for swimming in January 2017. "That was a huge achievement for him. He was so proud. And then we didn’t go swimming anymore – he went on the weekends!"

Beate explains how the focus has continued to shift over the time that she has been mentoring. After the period of going swimming, they spent time going to museums, or Sabah would come over to her house. She has been very involved in helping with his school – not only homework, but also attending talks with teachers and finding out what he should be doing. She has also helped him find work experience placements. "I think his family was very relieved that I stepped in and helped in this way. They had so much to worry about – financially, and in terms of trying to bring family members over – it was one less thing for them to have to do," says Beate.

"I see my duty as a mentor as not only to help Sabah with the German language, but also to help him understand, and find a connection, with German culture."