The trade in identity on the internet and social media is thriving. A report this week says police have confirmed hundreds of cases of German travel documents being sold by Syrian refugees to others trying to enter the country.

After spending more than two years in the Germany city of Oberhausen without his wife and children, Abu Ahmed decided it was time to leave and return to Turkey.

When he reached Greece, the 40-year-old Syrian had no need of the documents that had allowed him to live in Germany. He exchanged them for 1,500 euros in cash.

“I traveled to Thessaloniki in Greece and there I sold my German documents to the same smuggler who helped me to get to Istanbul,” Abu Ahmed told InfoMigrants.

Abu Ahmed is one of hundreds of asylum seekers who have sold their passports or residence permits in Turkey or Greece, having decided to return to their families, according to the German magazine “Der Spiegel”.

Authorities say that since the end of 2016, a growing number of Syrians have registered at European consulates in Turkey claiming to have lost their refugee documents. It is assumed that the documents have been sold or passed on – probably to other Syrians who want to flee to Germany, the Spiegel report says.

The German interior ministry says police last year confirmed 554 cases in which real travel documents were used to enter German illegally. Of these, 100 documents were German, 99 Italian and 52 were from France, followed by Sweden, Greece and Belgium.

Police say most of the trade in documents is happening in Greece. From there, migrants are able to board a plane to Stockholm, Frankfurt or Amsterdam without risking further checks. The report notes, however, that Germany has sent border police reinforcements to the airports in Athens and Thessaloniki, making it harder for people to pass through controls.

The Spiegel report says German authorities are also aware of a few cases of terrorism suspects using second-hand documents to enter Germany. According to the interior ministry, they included Syrians and Iraqis who belonged to terrorist organizations, as well as jihadists who had previously left Germany and were trying to return.

According to Spiegel, the trade is happening mainly on the internet and social media networks. Europol last year counted hundreds of social media accounts which had documents for sale, including real passports for 500 euros, as well as ID cards and driver's licenses.

An Arabic Facebook group called “Reverse migration from Europe to Turkey” recently offered a Norwegian passport for sale. There was also a German ID card "plus health insurance" advertised for about 1,130 euros. 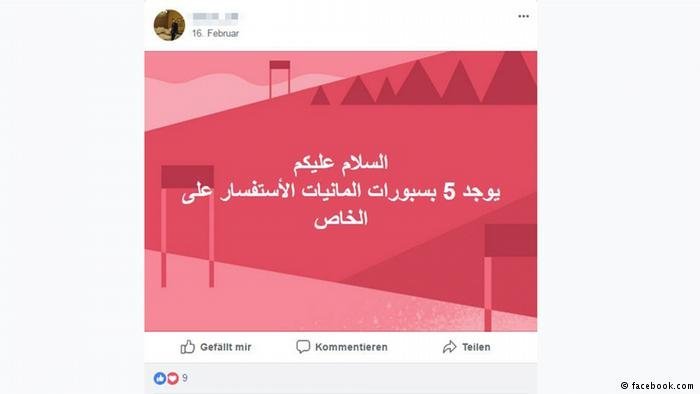 Most people selling documents also post a passport photo – only those who look similar to the original holder of the documents need to apply.

Plans to crack down on fraud

German CDU parliamentarian Armin Schuster has called for harsher penalties for asylum seekers committing document fraud. “Every refugee who is engaged in the trade of passports has forfeited his right to hospitality,” Schuster told Spiegel. “In this case, there should be an expedited deportation process.”

The German coalition government has said it wants to combat identity fraud more effectively and “increase the capacity of officials to determine identity in cases of doubt.” That may be a step closer -- this week the European Commission announced plans to make passports and identity cards harder to forge by including digital fingerprints.

Currently, the rules on fingerprints vary from country to country. In Germany, those entitled to a national ID card can choose whether their fingerprint is included or not. In Spain, a digital fingerprint is mandatory on all new documents.

The new rules have yet to be approved by the European Parliament and EU member states.