When more than a million refugees and migrants flooded into Europe in 2015, several European countries set up border controls, suspending the Schengen system of open-border, passport-free travel. Almost three years on, the European Commission is calling for those border checks to be lifted.

Established in 1995, Europe's border-free Schengen zone allows for the reintroduction of controls during periods of crisis. The refugee influx of 2015 was considered just such a time of crisis, prompting six Schengen member countries to set up border controls that year. Governments said the measure was taken to ensure security and deal with migrant flows.

Two weeks ago, Germany said it would extend controls at its border with Austria for six more months beyond a May 2018 deadline. Earlier in April, France also announced it would extend its checks for another six months.

Which countries have reintroduced border checks?

On September 13, 2015, Germany was the first country in the Schengen area to reintroduce border checks after hundreds of thousands of people had entered the country to seek asylum. Most of the refugees had traveled the Balkan route and crossed into Germany from Austria. In September 2017, Germany also introduced systematic checks on incoming flights from Greece to prevent illegal entries. AFP reports that the German Interior Minister, Horst Seehofer, says these air controls are to be lifted in May.

Most of the refugees who arrived in Germany passed through Austria. The Austrian government introduced checks on all external borders on September 16, 2015. Later, only the borders with Hungary and Slovenia were controlled. Interior Minister Herbert Kicks of the far-right Freedom Party of Austria (FPÖ) argues that lifting the controls would send "a wrong signal" to people-smugglers. When Austria takes over the EU Presidency in the second half of 2018, Kicks wants to control all external borders again, if necessary.

Unlike the other countries, France introduced its border controls primarily as protection against potential terrorism threats after ISIS carried out a series of attacks in Paris in November 2015, killing 130 people. All French border crossings, airports and ports are controlled. Paris announced in early April that checks would be extended.

Germany’s northern neighbor introduced border controls on January 4, 2016 on all its land border and its sea routes to Germany. Denmark justified the measure saying that Islamist groups could "utilize refugee routes to bring people to Europe to commit terror crimes." 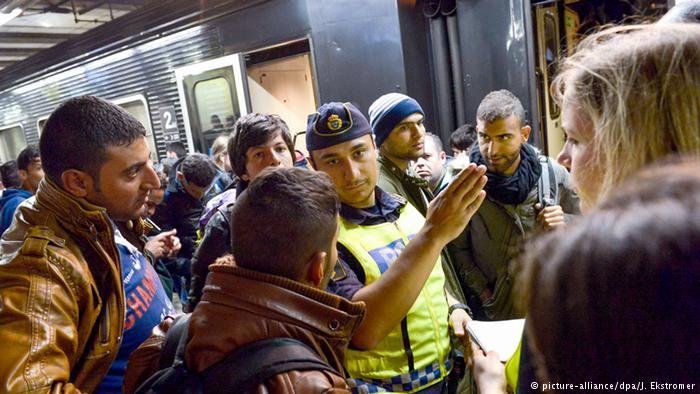 The Swedish government issued border controls on November 12, 2015 at ports in the south and west of the country as well as on the Oresund bridge. In its latest statement, the government said: "Border checks could be extended to all internal borders – be they land-, sea- or air borders." The EU had suggested checking individuals within the country as an alternative to systematic border checks. The interior ministry said there were no legal grounds for such measures.

Norway is not a member of the EU but is part of the Schengen area. It introduced checks on its borders on November 26, 2015 on ferry routes to Denmark, Germany and Sweden. The interior ministry has warned of potential terror threats. It pointed out that about 30 percent of 5,000 Islamists who had left Europe to fight in Syria, Iraq or Libya had since returned. Unlike Denmark, Norway has introduced alternative checks as suggested by the EU and is now increasing police checks in the Ostfold region that borders Sweden in the southwest.