More than a dozen asylum seekers were injured during violent clashes with members of a right-wing group on Sunday. Police have evacuated the island’s central square of Mytilene where migrants had staged a sit-in to protest against dire living conditions.

Violence erupted late on Sunday when members of the Greek radical Patriotic Movement gathered on Mytilene square to confront asylum seekers. Members of the group threw bottles at the migrants and lit flares, shouting slogans like "burn them alive“ and "throw them in the sea,“ AFP reports.

The attacks sparked clashes that lasted throughout the night. According to the Greek state-run media agency ANA-MPA, "far-right militants“ targeted women and children. Tensions escalated when leftwing activists arrived to defend the migrants and started fighting with the far-right supporters, as AFP reports. Police used tear gas to disperse the assailants and evacuate the square.

A dozen asylum-seekers were hurt and taken to the hospital. The mayor of Lesbos, Spyros Galinos, accused police of intervening too late, in a letter addressed to Prime Minister Alexis Tsipras and opposition leaders.

200 refugees and migrants, mainly from Afghanistan, had been camping out on Mytilene’s main square since last week. They were demonstrating against squalid living conditions at the island’s overcrowded camps and delays in their asylum applications. 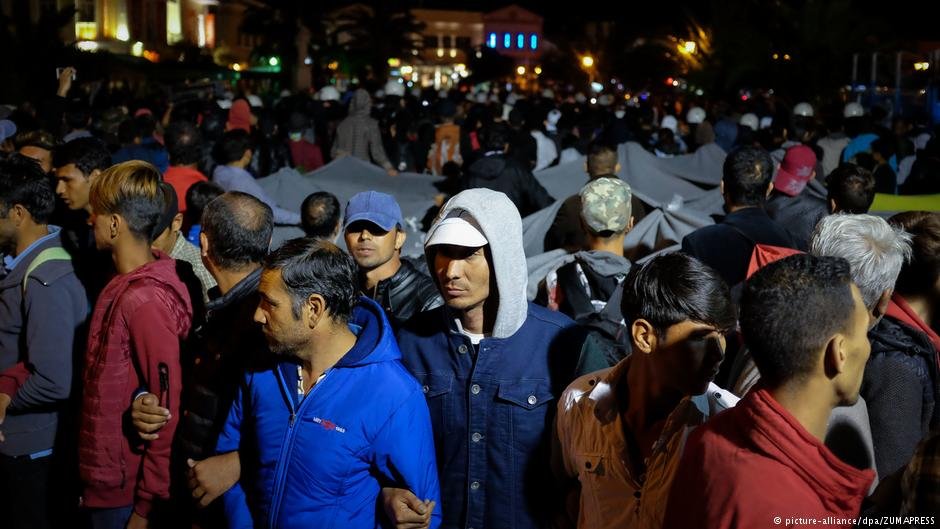 Lesbos was the main gateway to Europe for nearly a million refugees and migrants in 2015. Though arrivals have slowed, the island is currently home to some 6,500 migrants even though its camps have a capacity for some 3,000 spots.

Despite a court ruling last week that lifted a restriction on movement for all newly arrived asylum seekers, more than 13,000 migrants are still languishing in camps on five Greek islands until their applications can be processed.