Lithuania is not a popular destination for asylum seekers hoping to rebuild their lives in Europe. But although most new arrivals are not made to feel welcome, Infomigrants spoke with two refugees who have forged a new life in Vilnius. And now, they are reaching out to local residents with the cuisine from their homelands.

"What is manti?" asks a young man after glancing at the menu of a newly opened restaurant called "Asian Cuisine" in downtown Vilnius. "Take a look," responds Sulaymon, the restaurant's chef and co-owner, taking the lid off a pot in front of the customer.

Manti, dumplings made with ground meat wrapped in homemade dough, is a comfort food for Sulaymon, who was born in Tajikistan. "You should try it," says Mohammad, Sulaymon's business partner, to the man who is choosing his lunch. The taste of manti reminds Mohammad of Kabul, a city he left behind five years ago.

"Asian Cuisine" is a small restaurant in Lithuania's capital. It is a casual place with modest ambitions on the edge of Vilnius' downtown district. "Other restaurants don't have this type of Asian food," explains Mohammad. "If you go to McDonald's or Hesburger you eat fast food for €5 - 6, but here you can get soup, manti, samsa, plov for the same price."

For Sulaymon and Mohammad, the tiny restaurant is more than a business. It is pushing boundaries in a country which has become their new home after they were granted asylum  a few years ago. Lithuania: Not a destination by choice

Mohammad and Sulaymon unanimously shake their heads when asked if Lithuania was on their radar as a desired destination in Europe before they left their homes.

"I wanted to go to Sweden where my relatives, my friends are," says Mahommad. Five years ago, when he was 16, he was on his way from Kabul to Sweden when he was stopped at the Lithuanian border and, according to the law, had to apply for asylum there.

Sulaymon left Tajikistan almost two decades ago. Before coming to Lithuania, he lived in St. Petersburg for 13 years where he joined a Tajik opposition organization, Group 24.

"Freedom of speech is non-existent in Tajikistan," says Suleymon. "Political rights and civil liberties in Tajikistan are severely curtailed by the government of President Emomali Rahmon, which sustains a campaign of repression against political opposition."

Sulaymon soon found out that the Tajik government followed opposition abroad. As soon as he crossed the border from Russia to Finland, he was arrested at the request of the Tajik authorities by the International Criminal Police Organization.

Sulaymon spent more than a month in a Finnish prison. But after proving that the charges were politically motivated, he was granted asylum in Lithuania. "We just wanted democracy, a real democracy, not the one which is only written in the official documents. We were not criminals," says Sulaymon. 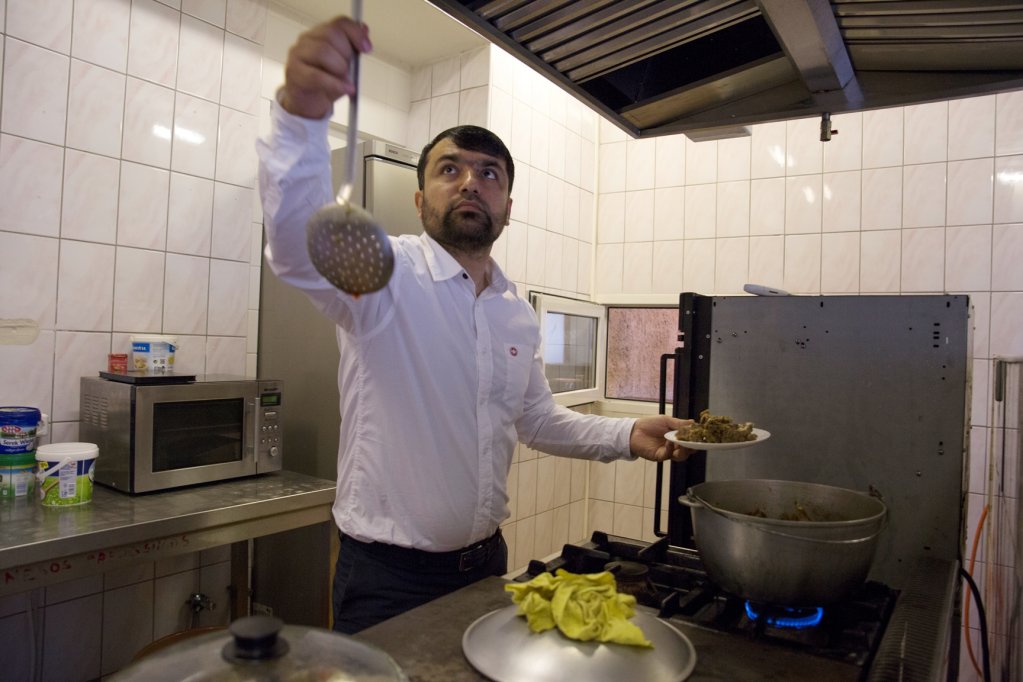 Sulaymon and Mohammad belong to a small number of migrants who have settled in Lithuania and who feel established enough to start a private business. Many refugees, especially those who came in under the European Union relocation plan, are fleeing the Baltic country.

According to the EU refugee relocation plan, Lithuania agreed to admit 1077 people in order to relieve pressure on Greece, Italy and Turkey, the main arrival points for migrants making the dangerous Mediterranean crossing. A total of 468 migrants were relocated to Lithuania, but 388 left as soon as they had received official refugee status. The number of newly relocated people has been declining since last summer.

"People are coming to Europe, but not many. We are not talking about a crisis anymore," says Giedrius Surplys, vice-minister of Lithuania's  Interior Ministry. "We are not relocating more people for the objective reason that migrants who are stuck in Italy, Greece, Turkey are not submitting requests, or do not meet requirements for the relocation program."

The EU's relocation program is currently in stagnation, but people are still arriving via other avenues and applying for asylum in Lithuania. In April, according to the Migration Department under the Interior Ministry, 167 asylum requests were under evaluation. Most applicants came from Russia, Tajikistan, Ukraine, Armenia and Sri Lanka.

Karolis Zibas, a senior researcher at the Institute for Ethnic Studies of Lithuanian Social Research Center, said that Europe had chosen a temporary solution – securing borders. The issue of migration is still present, just accumulating behind the European walls. "The problem remains unsolved. Walls have never solved anything - not the Iron Curtain, not the Berlin Wall, not even the wall at Ceuta. The wall between Turkey and Syria will not solve anything either," says Zibas. 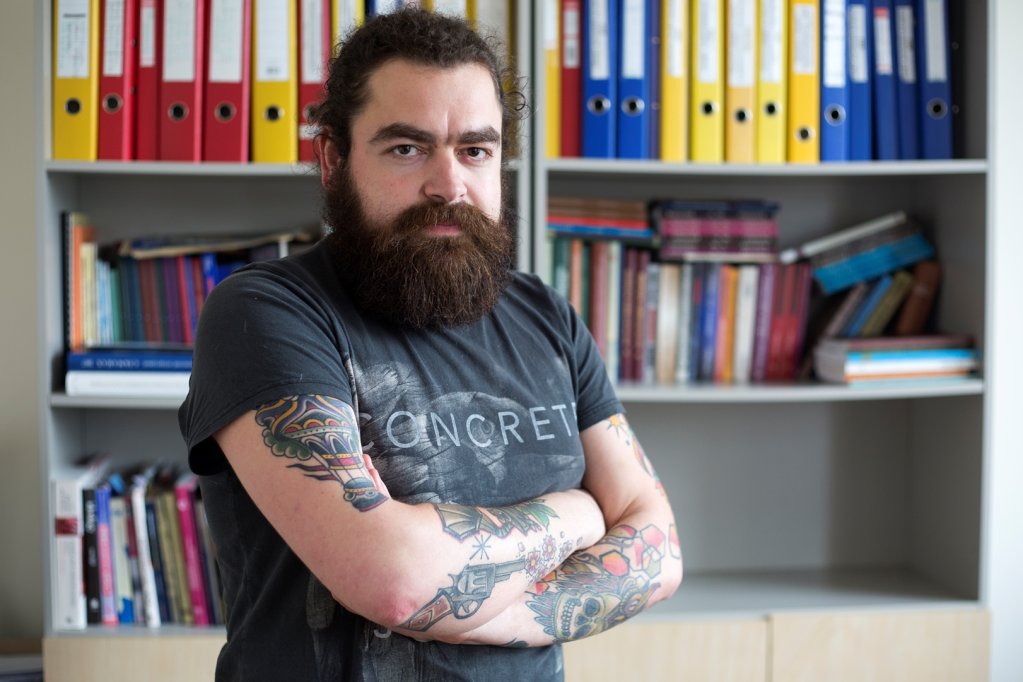 Secured borders have reduced the number of people entering Europe. EU countries are now focusing attention on the integration process of refugees who have settled in the continent.

"Integration is like a mosaic. In Lithuania we are putting pieces together but still can't see the image," says Zibas. The refugee integration mechanism is still in progress. Last year, Lithuania introduced partial reimbursements for refugees' housing and provided those who had been granted subsidiary protection status with the same social benefits as those holding refugee status. Those are big steps for a small country.

As well, legislative changes have been made to provide subsidies for employers who employ asylum seekers. This has helped in addressing the issue of refugees' integration in the labor market. There are many reasons for Lithuania's unpopularity among asylum seekers and refugees. A low minimum salary compared to other EU countries is one of the reasons.

"It's not difficult to find a job somewhere in a restaurant if you speak Lithuanian or English, but they pay €500 per month. That is not enough to live in Vilnius," says Mohammad, who pays €250 per month for rent.

In Lithuania, there is meagre financial support to help refugees and asylum seekers with integration. People get €204 per month for six months. After that, the payments are halved and paid for another six months.

"As financial support measures for integration are not sufficient, people have to find a way to support themselves and their family members. Therefore, one of the most important tasks is to help foreigners to enter the labor market," says Egle Samuchovaite, head of the Lithuanian Red Cross' Refugees and Migrants Program. Lithuania's Red Cross is one of the non-governmental organizations providing support to refugees during the integration process.

When looking for work, many refugees face another barrier – alienation. Lithuania is one of the least multicultural countries in Europe, where 84 percent of the population are native Lithuanians. Research shows that many people are not open to the idea of including refugees in Lithuanian society. "We are still facing a reluctance by residents to rent apartments to refugees," said Samuchovaite.

For three consecutive years, 55 percent of Lithuanians said that Lithuania should not participate in the EU's refugees relocation plan.

"Our culture is very closed. In political discourse, for example, the vast majority of Lithuanians support the relocation of people from the crisis zones in Ukraine, while the relocation of Syrians, Eritreans and Iraqies, especially Muslims, is unacceptable," says Zibas.

Research on public attitudes has revealed that Lithuanians' opinions on refugees are formed by media discourse and news from abroad. "The migration crisis was driven more by public discourse rather than migration flows, which were very brief and only in clear geographical spots," says Zibas. "In Lithuania, we have a migrant crisis without migrants," Zibas adds. "People read news about banned hijabs, banned minarets and create enemies in their heads." 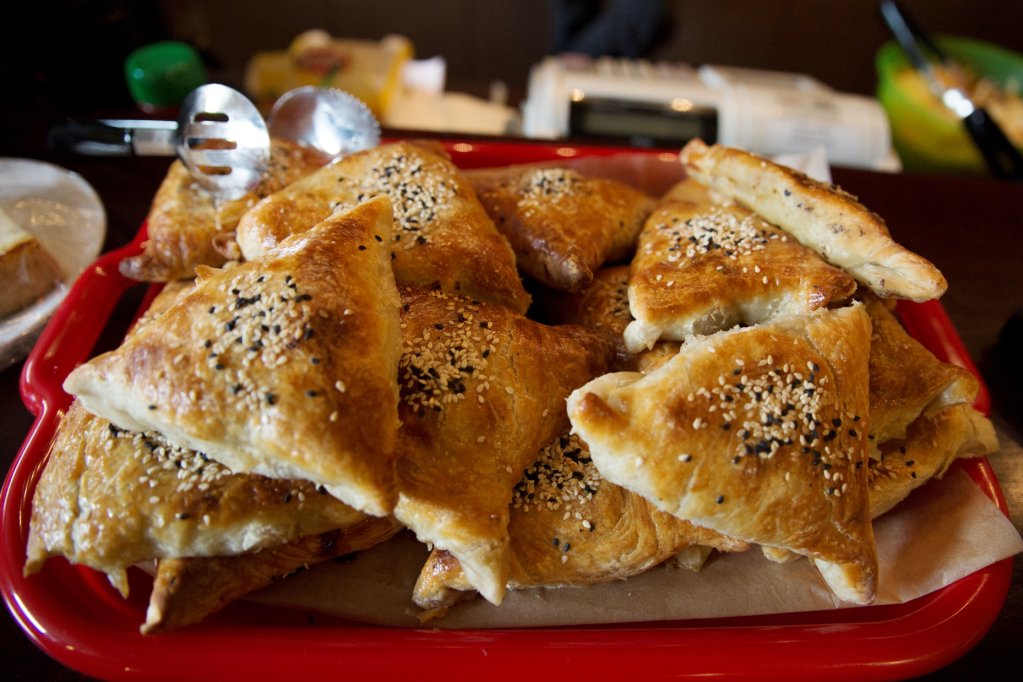 Knowing the difficulties that come with starting from zero in a foreign country, Sulaymon and Mohammad use meals to build bridges between cultures. "People come here, they eat and they learn more about Tajikistan and Afghanistan than they see on television," says Mohammad.

"My parents taught me how to cook and now I want to share it with people in Vilnius," says Sulaymon, who starts his day in the kitchen at 6 a.m. preparing Afghan soups, Tajik plov and meat skewers.

Currently, a team of 4 people at "Asian Cuisine" serve around 30 people daily, but Sulaymon dreams about expanding the business and hiring more employees.

"I love trying food. This restaurant diversifies our boring Lithuanian cuisine," says Simona while eating a samsa, a savory meat pastry. The young woman lives in the neighborhood and says she will be coming back to "Asian Cuisine" the next day - with her friends. This makes Sulaymon and Mohammad smile.

"You know, thousands of Lithuanians emigrate from Lithuania to Norway, England, Denmark," says Mohammad. "We are happy here, we will try to make it work and let's see, maybe we will succeed."