How will Brexit affect migrants and refugees?

The arguments over immigration in the UK have intensified, with pressure growing on the government over the so-called Windrush scandal, which saw people being wrongly targeted for deportation. The debate has provoked more questions about what UK immigration and refugee policy will look like after it leaves the European Union.

Britain's Prime Minister, Theresa May, has come under increasing pressure over immigration since mid April, when the so-called Windrush scandal erupted.

The Windrush generations, named after the ship that brought the first group of West Indian immigrants to Britain in 1948, were invited to work in the UK after World War II. Under changes introduced when May was Home Secretary, many of them were denied health care, lost their jobs and faced deportation, despite having lived in Britain legally for decades.

Many people, like the director of the refugee group "Migrant Voice", Nazek Ramadan, blame the Windrush scandal on the government’s so-called “hostile environment”. In 2013, a policy to create -- in May's own words -- “a really hostile environment for illegal migrants” across government departments, resulted in immigration checks being required before anyone could get a bank account, a driver’s license or basic healthcare.

“[We] had been warning the government for a long time against the “hostile environment”, because people from various ethnic minorities would be negatively affected. Windrush were caught up in this,” Ramadan explains. 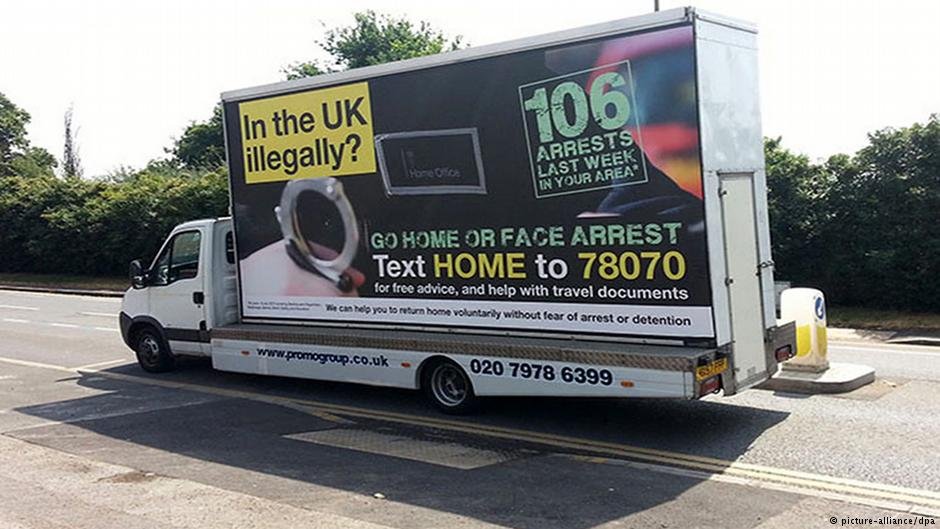 The government has apologized to the Windrush survivors and offered them free passports, but it hasn't been able to contain criticism over its handling of immigration, including its stance on refugees.

On 29 March, 2019, the UK will officially leave the European Union. After that, there’ll be a two-year transition period to make Britain’s departure as smooth as possible. It’s not yet clear what the transition period will look like and how things like trade deals and the rights of citizens, or immigration, will be affected.

UK ministers recently said a post-Brexit immigration policy would be released in the (northern) autumn. The Immigration Minister, Caroline Nokes, told the BBC that she was committed to making “evidence-based policy” and the government was waiting for advice from the Migration Advisory Committee, an independent public body which advises the government on migration issues.

Pressures on the government

The UK government is under pressure over immigration on many fronts. First, from those who voted for Brexit: Britain’s regaining full control over its borders was at the center of the campaign to leave the EU, so they will expect the government to cut immigration, including restricting the refugee intake.

But businesses are reportedly worried that after Brexit, they won’t be able to find the workers they need if migration is cut. And there are some parts of the UK, like Scotland, that are in favor of more immigrants, which they say will boost their economy.

The migrants most affected by Brexit will be Europeans -- those living in the UK or who want to work there. People who've been resident in Britain are likely to be allowed to stay, but low-skilled migrants hoping to move to the UK can expect to find it harder to get in the door.

For migrants outside Europe, according to Alexander Betts, Professor of Forced Migration and International Affairs at Oxford University, Brexit will have few direct implications.

The UK already had more flexibility than other EU members which allowed it to opt in or out of EU policies on migrants and refugees. For example, the UK does not participate in the border-check free Schengen area. This fact kept the number of asylum seekers arriving in Britain relatively low. That will not change.

The UK has an agreement with France that allows the UK to undertake border controls on French soil. The leaders of the two countries signed a new, stronger, version of the deal in January with tens of millions of euros in extra funding for security fencing, CCTV and detection technology in the French city of Calais and other ports along the English Channel. This will probably not be affected by Brexit. 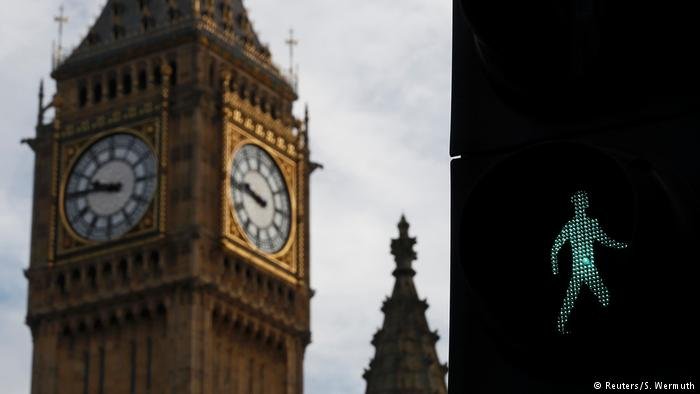 Nazek Ramadan is among those who believe not much will change after Brexit. “It’s already become increasingly hard for people to come here,” Ramadan says. She also believes the government will continue to implement the Dublin rules, which means they will be able to send people back who have come from Europe. “We have written to the government … and they wrote back to say they have no intention of dropping Dublin,” Ramadan says.

Jean-Pierre Gauci, from the British Institute of International and Comparative Law, says the UK would have to negotiate a specific arrangement to continue to participate in the Dublin system.

The UK’s obligations to asylum seekers and refugees come from the UN Refugee Convention, to which it remains a party. The Convention sets out rights such as the right not to be returned to countries where one faces persecution, and the right to access the labor market, education and healthcare.

The UK will also remain bound by obligations under international human rights law which include protection against torture, cruel and inhumane treatment.

The UK did not participate in the EU relocation program and it did not take any of the 160,000 people in from Greece and Italy, unlike other EU members. But independently of the EU, the UK has pledged to resettle people from outside the EU as part of the UNHCR Resettlement Program. This includes 20,000 Syrian refugees by 2020. It also pledged in 2016 to resettle further people at risk, particularly children. These pledges will be unaffected by Brexit.

The UK will remain bound by its obligations under the UN Smuggling Protocol to fight smuggling. It will still have an obligation to take part in search and rescue operations at sea. What will change is that the UK will no longer participate in anti-smuggling operations in the Mediterranean, coordinated by Frontex.

While the EU laws against trafficking will no longer apply to the UK after Brexit, Britain will remain a party to the Council of Europe Trafficking Convention and the UN Trafficking Protocol, and it will continue to be bound by the European Convention on Human Rights. Still, there could be some effects on migration from outside the EU and asylum after Brexit. But Professor Betts says they will be indirect. "They will not come from the departure from the European Union per se, but from the changed political environment [within the UK]," he says.

Refugee policy could go two ways, Betts says. Brexit could offer the government an opportunity to reestablish "a sensible asylum policy," or -- more likely in light of the demands of those who voted to leave the EU -- it could mean that "the government feels it has a democratic mandate for more restrictive asylum policies."

Asylum numbers in the UK are already extremely low compared with the rest of Europe. After Brexit, those figures are likely to go down, not up.

Immigration and asylum seekers in the UK: Facts and figures

The most recent figures from the Office of National Statistics in the UK put net immigration at 244,000 in the twelve months to September 2017. This reflects a drop, but it is still much higher than the government’s target intake of under 100,000. Immigration from countries outside the EU in the period rose to the highest level for six years.

According to the ONS figures, in 2017 the UK granted asylum, alternative forms of protection or resettlement to almost 15,000 people, 40 percent of them under 18. Another 5,218 family reunion visas were issued to partners and children of those granted asylum or humanitarian protection in the UK, a 14 percent decrease since the previous year. 10,538 Syrians have been granted protection in the UK under the Vulnerable Person Resettlement Scheme since it began in 2014.

According to Home Office statistics, in 2017 the UK was fifth on the list of EU countries receiving asylum applications with 33,500 applications. The largest number of applications to the UK came from Iranians, followed by nationals from Pakistan and Iraq. Germany was at the top of the list receiving 199,200 applications, Italy 128,800 and France 98,800.