Across Europe from Ireland to Slovenia, groups of young people are mobilizing against migration. A growing "identitarian" movement, led by mostly smart and tech-savvy young men, is attracting attention in its efforts to "stop and reverse" the flow of migrants from the South.

In their bright blue jackets, the group of young men and women stands out against the Alpine landscape. Their reason for traveling here is emblazoned on the two helicopters they have brought with them – to “Defend Europe”.

In April, a hundred people calling themselves Generation Identity (GI) activists traveled to the Col de l’Echelle near Briancon, with the aim of “blocking the path for illegal migrants.” Armed with posts and orange plastic mesh, they erected a fence on the border where hundreds of people continue to cross each month on foot from Italy into France. 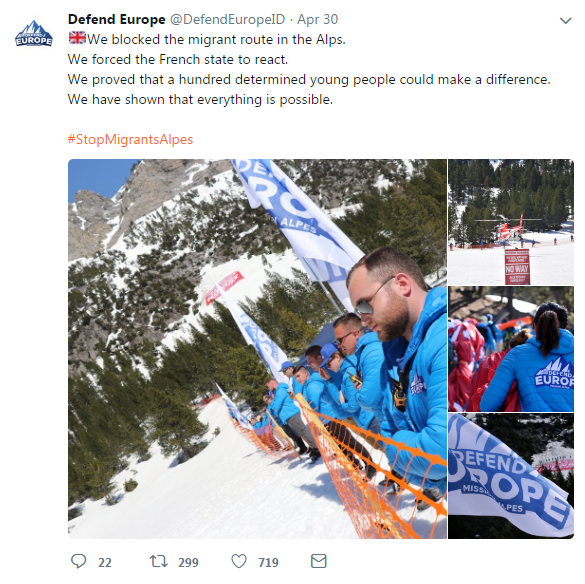 One of the activists told DW’s Inside Europe reporter, “We have tried to show that if we want, we can stop them because the government doesn’t want really to stop them. If 100 boys and girls of Europe can build a border, why can’t the government?“

These are members of Europe’s new young right-wing movements which seem to be gaining popularity. They come in many shades and under different benign-sounding labels: illiberal and identitarian, ultra-right, new-right and alt-right (alternative right) after the movement which achieved stardom in the United States during the last election campaign.

The new youth right has even been described as alt-right hipsters, because of their young, cool, and tattooed image. Many, like Generation Identity in Austria, led by the camera-friendly Martin Sellner, reject the labels neo-nazi, racist or xenophobic. He also says Generation Identity is non-violent, and like many of the other right-wing young groups, it has no business with far-right political parties.

What unites these groups ideologically is a belief that Europe is facing a “great replacement” by Muslim and African immigrants. And they want something done about it.

Across Europe, there are too many new (and old) right-wing groups to name. Some are banned, like Germany’s “White Wolf Terror Crew,” whose members were responsible for carrying out and plotting attacks against refugees. Nowhere on the proscribed lists are the new right groups like GI, which combine clever use of social media and YouTube with occasional flash mob type stunts, most of them within the law.

One of the first of these was in 2012 when Generation Identitaire in France occupied a mosque in Poitiers, a city that’s historically linked with resistance to Islam.

In August 2016, a group of Generation Identity Germany (IBD) activists climbed the Brandenburg gate in the capital and draped it with a huge banner that read “Secure borders – secure future.” 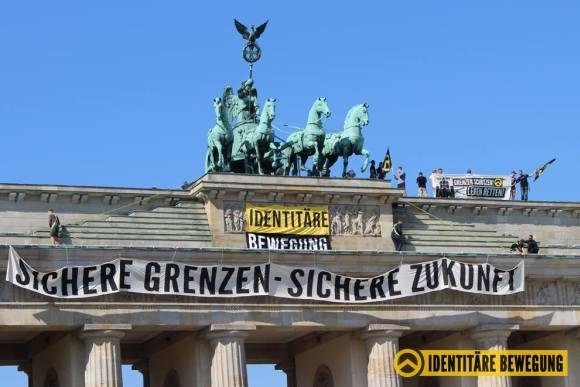 The same year, the Austrians traveled to the Mediterranean, where they tried to stop rescue boats from bringing immigrants to Europe in a “Greenpeace-style” action.

“We see people who are more into violent action, including symbolic violent action. They threaten NGOs …  and on the other hand, they are very well-connected digitally, through social media.”

The European alt-right’s use of digital media has an echo-chamber effect so that its members’ views are repeated and amplified. This reinforces anti-immigration messages and at the same time seems to increase the influence of groups like GI.

In fact, membership of GI is believed to be relatively small. And Schellenberg says that in European cities, which are ethnically diverse, young people are less inclined to join right-wing groups. Instead, it is in rural areas among people who have little direct exposure to immigrants where the movement has grown.

“Cities like Berlin or Cologne are seen [by rural people] as the bad cities, full of migrants,” Schellenberg says. “People who don’t see how diverse society is feel much more threatened.” 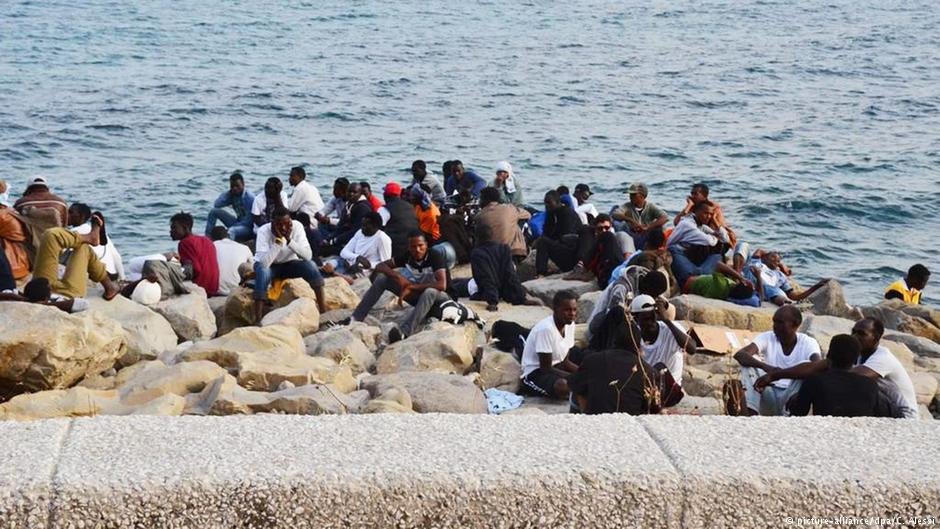 Even if most young people in Europe – especially urban people – are not joining the far right, Generation Identity has been able to grow in the same way that the political right has made gains in countries across Europe, including France, Germany, Hungary, Denmark and Italy.

This is no coincidence. There is strong evidence of links between radical right parties, like the Alternative for Germany (AfD), the country’s strongest opposition party, right-wing youth groups and right-wing media. Schellenberg says these links lead to fake news. At the very least, the activities of groups like GI can provide support to right parties: When Defend Europe blocked the Col de l’Echelle, the Vice President of France’s Front National, Louis Aliot, told the news channel BFM TV “They succeeded in getting the government to understand that there is a border – and that the border needs control.”

So can right-wing groups like GI succeed in pushing governments to take a stronger anti-immigration stance?  Schellenberg says they can.

“Here in Bavaria, it’s said that no right-wing party should be further to the right than the center-right CSU [which is in the governing coalition] ... During the election campaign they were saying that they had to get back the voters of the (far-right) AfD,” she says. “Of course they can’t get them back if they don’t raise issues [like immigration] which at the moment are very much connected with this party.”