Yahya, a former school teacher, fled to Europe after facing political persecution in The Gambia. Now living in Germany, he told InfoMigrants his story and shared his aspirations of becoming a leader in the Germany's Gambian community.

In December 2014, Yahya was imprisoned in his home country. "They accused me of spreading propaganda," he told InfoMigrants, when asked why his government jailed him. Yahya, then in his mid-thirties, was a school teacher who taught his students about democracy, free speech and what defines a dictatorship. He told his students that, "The Gambia does not have a good form of government."

At the time, The Gambia was ruled by President Yahya Jammeh, a former military officer who took a hardline against journalists and those critical of his government.

Yahya was held in prison for three weeks and then released. This was a warning, one of his contacts in the government said. He was told he  should leave the country.

In January 2015,  Yahya decided to travel to neighboring Senegal with the vague hope of eventually making it to Europe. Yet in Senegal, Yahya felt unsafe and only stayed there for a few days. He felt threatened by the Jungulars, a group of armed militants loyal to President Jammeh. The Jungulars often hunt for Gambian fugitives in Senegal who are critical of the Jammeh regime. "They can easily go to Senegal, kidnap people, and take them back to The Gambia and then do whatever they want with them," Yahya said.

Yahya traveled though Burkina Faso and ended up taking a bus to Libya, arriving in June 2015. His goal at this stage was to earn some money for his onward journey. He managed to get a job as a translator in a supermarket in Tripoli, Libya's capital. His multilingualism helped him deal with African clientele who came to the store.  But he soon landed in trouble with his boss.

"The Arab man agreed to pay me 400 Libyan dinar (around €246) a month, but this never happened. After three or four months, I asked to be paid my salary, but my boss couldn't pay me anything. I kept pushing him for my money and then it ended up in a fight between us, which caused me more problems there,"  he said.

In October 2015, after four months of unpaid work in the supermarket, he left and decided to head for Italy. He had made some contacts who told him how he could get to the Mediterranean. With this in mind, he paid about € 1000 to a smuggler and left for Italy on December 21, 2015. 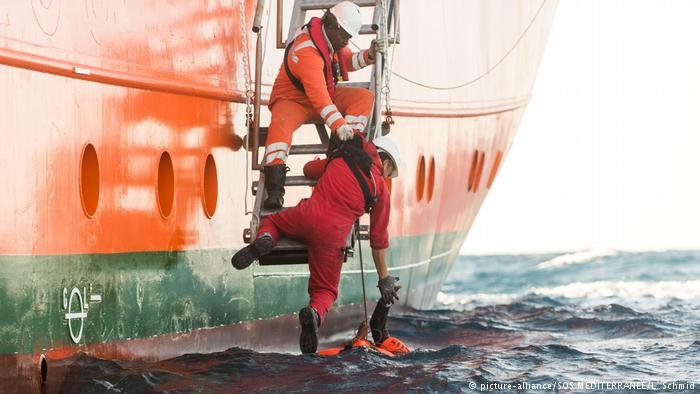 Search and rescue operation off the Libyan coast

The day after he left, the boat he was on was rescued by a German NGO and he was taken to a refugee camp in Italy.

"The first night the authorities took my fingerprints, but they gave me no idea about what was going on," he said.  He stayed in the refugee camp for a few months and was then moved to Milan. But the asylum process dragged on for over eight months and he became extremely frustrated at the lack of progress.

Although he remained hopeful that he would be granted full protection in Italy, he found that just getting an appointment with the Italian authorities was a struggle.  "As someone who was useful in my home country, ending up homeless in Milan was something I didn't want," he said. "I don't want to be homeless for the rest of my life."  In 2016, he left Milan for Germany, hoping his chances for recieving protection would improve.

New beginnings in the Black Forest

Three weeks later he reached Germany, where he wound up in the southwestern state of Baden Württemberg. After submitting his asylum request, he was placed in a refugee camp outside the city of Heidelberg, where he estimates three to four thousand refugees were living.

He now lives in small village called Hemmingen, near the city of Stuttgart. He is currently in the midst of his asylum process and waiting for an asylum interview with the authorities. 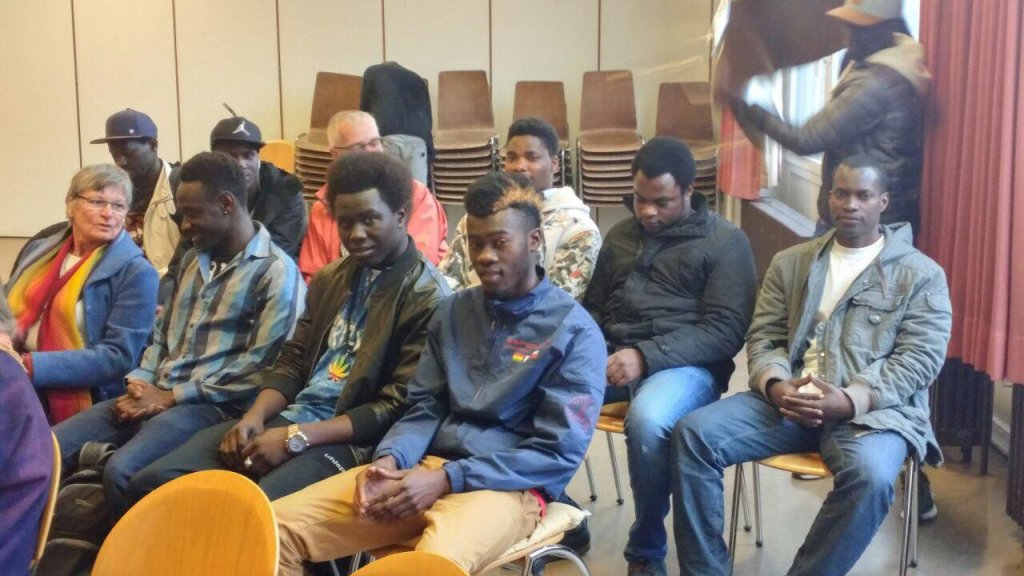 Last September he began studying to become a kindergarten teacher. He also leads an organization he found called SOS (Self Organization System) in Hemmingen, where he and a group of volunteers go to refugee camps in the Black Forest region and organize classes for asylum seekers. When asked what he enjoys about volunteer work he replied that, "I think that being a refugee doesn't mean you are unable to do anything. I saw a lot of young refugees here who are very talented and skillful and the system is not using them. I think that with my contacts, knowledge and effort I can bring those people together to improve integration."

Yahya's dream is to stay in Germany and study at university after his three year training as a kindergarten teacher. At university, he wants to study diplomacy to help build the relationship between the Gambian community and the German government .

"I believe that if I study diplomacy I can become a communicator with the German government on behalf of the 35,000 Gambians here," he said. In the meantime, he wants to improve cooperation between the state government in Baden Württemberg and the Gambian community, as 75 percent of Gambians in Germany live there.