Syrian Malakeh Jazmati was a renowned TV cook before she arrived in Germany. She has become a star among Berlin refugees, and an inspiration for everyone.

On a Friday night in May, Malakeh Jazmati is preparing a lentil soup, an okra stew, rice and cheese sambosek, the Syrian version of fried samosas. "When people enjoy my food, it makes me so happy – and hungry!" Malakeh says, standing in front of the hot stove, smiling broadly.

She’s about to bring the food out to her guests: invitees of the development aid organization "Weltfriedensdienst", who are meeting in the conference hall of the Refugio in Berlin for an event on global migration stories.

A passion for traditional cuisine

Malakeh Jazmati's smile and her food overcome all language barriers. It's no wonder she became renowned as the "Cooking Queen" on the TV show she hosted before landing in Berlin – incidentally, the word Malakeh also translates into English as "queen."

By the taste of her food, one would think she has held this title for ages, but she only discovered her passion for traditional Syrian cuisine after fleeing Damascus. She hadn't cooked much more than spaghetti before working for the TV program that was produced in Jordan on an anti-Assad station.

The producers of the program, however, believed that she had the special "soul" that is the essence of Syrian food, Malakeh says, so she agreed to try it out. On the program, other star chefs and personalities discussed the differences between their countries' culinary cultures.

Cooking has become a central part of Malakeh's life in exile. Together with her husband Mohammed, whom she joined in Berlin in October 2015, she now runs a catering business called Levante Gourmet.

The Refugio café in Berlin's hipster district of Neukölln is where Malakeh usually cooks; the same building serves as a shared housing space where she lives with around 40 people. The couple also has a young son who was born in Germany.

Even though Malakeh doesn't speak much German yet, she is ambitious and focused on her goals rather than her problems.

As she writes in her colorful cookbook of traditional Syrian recipes, "Malakeh," published in German in 2017, there's a saying in her home country: "Edison invented the light bulb instead of complaining about the darkness." That seems to be one of Malakeh's guiding principles as well. 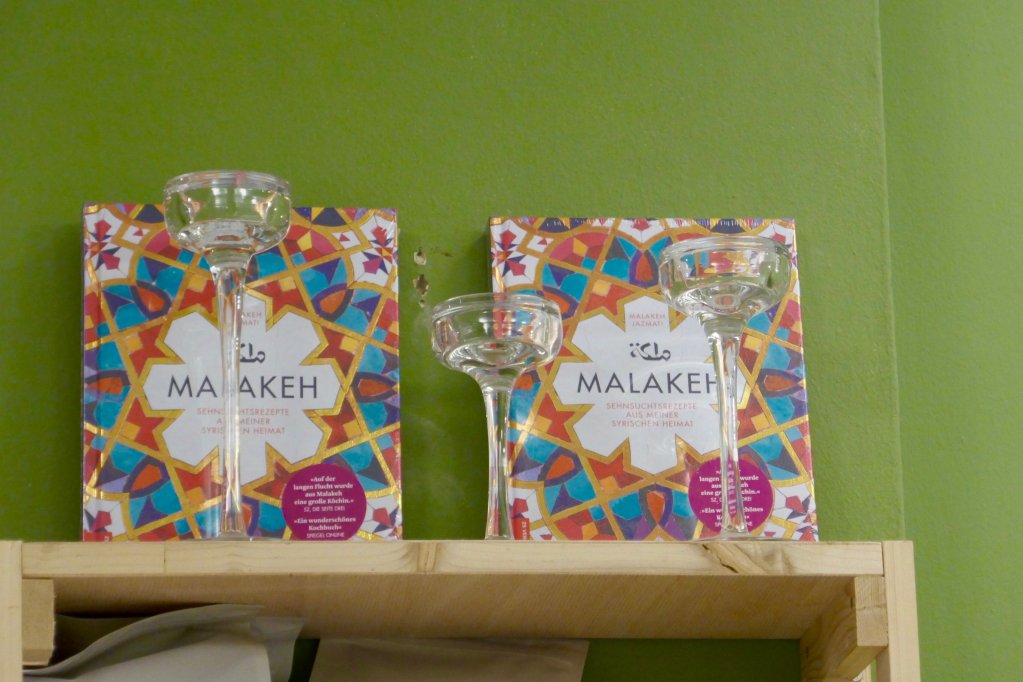 Her recipe book provides background on the culture of the different dishes, whether it's street food eaten by workers for breakfast, food that's prepared to thank neighbors, or the royal dish that's eaten at every wedding; the background stories add an extra layer of spices to the listed ingredients.

That seems to be what she describes as "the soul of Syrian food," the essential touch that every dish must have.

Catering for the stars

The publication has also contributed to making her famous in Germany. Chancellor Angela Merkel and VIP guests at the opening of the latest International Berlin Film Festival are among the famous people she has cooked for.

In a further development to her stellar career, Malakeh is starting a TV show that will also air in Syria, through a Turkish broadcaster. 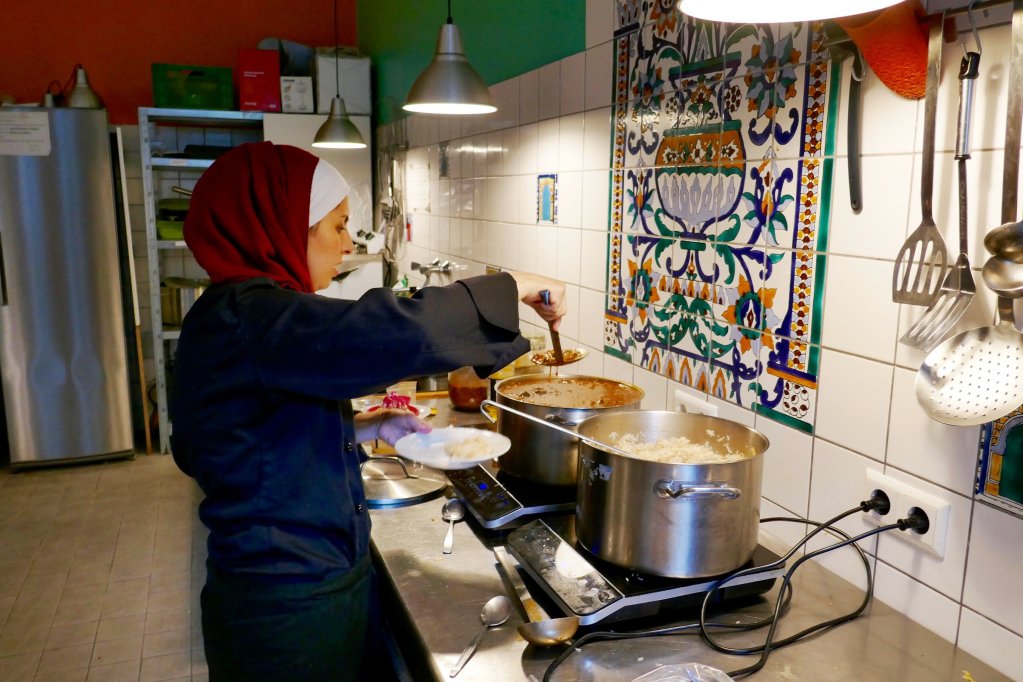 After watching Malakeh cook, I had the privilege to test her okra dish before it was brought out to the group at Refugio. The coriander and tomato sauce combined perfectly well with the okra, a plant also known as "ladies' fingers."

The freshly squeezed lemon juice in the stew reminded me of the German expression "sauer macht lustig," or "sour makes you happy." As I tasted that spoonful of flavors, I felt a giggle and a tear of emotion in the same moment: it was the comfort food of so many generations of mothers – and of her mother, still stuck in Damascus.

So far away from a home that no longer exists as she knew it, Malakeh cooks up the taste of nostalgia and hope in a simple pot.