The small country of Lebanon has been home to Palestinian refugees since 1948. In recent years, it's also become a haven for people fleeing war in Syria and resources are now becoming scarce. DW's Diana Hodali reports.

Only 75 kilometers (47 miles) separate Lebanon's capital, Beirut, from the city of Tyre in the south. The road between them winds past beaches, orchards and palms. Just a few kilometers away from the idyllic city center of Tyre lies Shabriha, an informal refugee settlement for Palestinians. The garbage-lined road leading to Shabriha is bumpy. When it rains, many of the settlement's streets are ankle-deep in water. Once inside, it is impossible to miss the community center with its adjacent sports area and playground. Here residents can take first aid and computer courses, or participate in various cultural and educational workshops. A fence encloses the area around the community center.

From a distance, one can hear the sound of children's voices: Some cheer each other on in sack races while their parents sit in the shade and chat. Other boys and girls train together as part of the new soccer team. "I like to come here. We all stick together here," says an 11-year-old girl before she runs back to the team.

The community center itself has become a meeting place of sorts: For Lebanese Palestinians, for Palestinians and Syrians who were forced to flee their homes, and for Lebanese. It was not always the case that these people sat together so peacefully. "Six years ago, when we first came here from Syria, we really felt like strangers," says a young women who prefers not to give her name. "Things are slowly getting better." 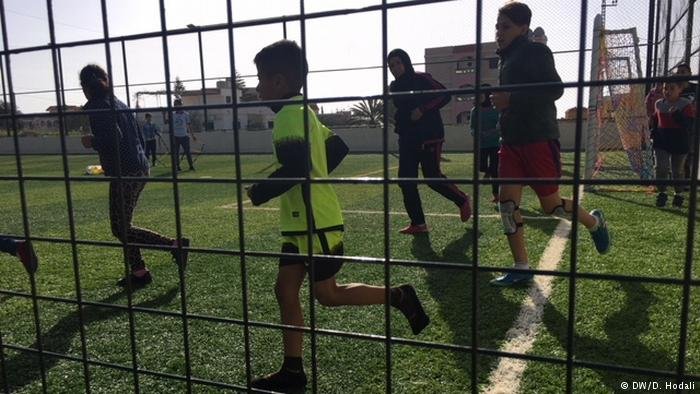 Shabriha is one of 42 informal settlements beyond the 12 officially recognized Palestinian refugee camps in Lebanon. For a long time, the settlement's 2,800 Palestinian refugees lived amongst themselves, now Shabriha houses twice that many people. Syrian refugees, many of whom have Palestinian roots, have settled here in part because the rent is cheap. A number of those Syrian refugees escaped from the infamous Yarmouk district of Damascus, after being starved for months by the Syrian army and then terrorized by the Islamic State militant group.

"When people from Syria arrived in Shabriha, residents were very helpful," says Fadia Dahshe, project manager at Popular Aid for Relief and Development (PARD), an independent aid group helping the Palestinian and Lebanese communities. The nongovernmental organization conducts a number of workshops in the community center, which was built with funds provided by the United Nations Development Program (UNDP), Germany and Japan. "People here were reminded of their own catastrophic Nakba (exodus) 70 years ago, when they were displaced or forced to flee Palestine," says Dahshe.

Read more: Immigration to Israel: 'One man's joy is another man's suffering'

Space is limited and facilities are run down almost everywhere Palestinian refugees are allowed to settle in Lebanon. Shabriha is no different in that regard, yet the settlement's residents stick together and share what they have with one another, says Dahshe. 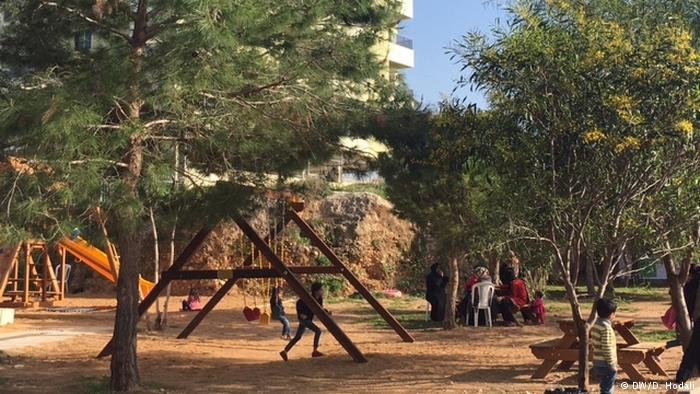 Whereas official refugee camps in Lebanon are under the purview of the UN Relief and Works Agency for Palestinian Refugees (UNRWA), informal settlements are directly governed by local Lebanese municipalities. The most the UNRWA can do in such settlements is to make sure education and medical assistance is being provided to Palestinian refugees, nothing more.

No jobs, no living space, no power, no trash collection

The arrival of new refugees, however, did not prompt the municipality of Abbasiyeh — to which the settlement belongs — to invest in Shabriha's infrastructure. And that lack of investment is by no means an exception: Most municipalities simply don't have the funds for such projects. Local politicians also lack motivation because they cannot expect to win election support from refugees — who are not allowed to vote — says Sheeraz Moujally from the UNDP. "Moreover, communities do not want to do anything to change the informal character of the settlements."

The fact that there is simply too little of everything in the settlement has led to increased competition among refugees — mainly for jobs and living space. That means employers have been able to slash pay for day laborers and then keep driving it down. And the settlement's already-strained infrastructure has been overburdened by the growing number of inhabitants. Residents produce more garbage (which no one from the municipality collects), there is less power, and there is also less living space. The only thing there seems to be more of is discontent. 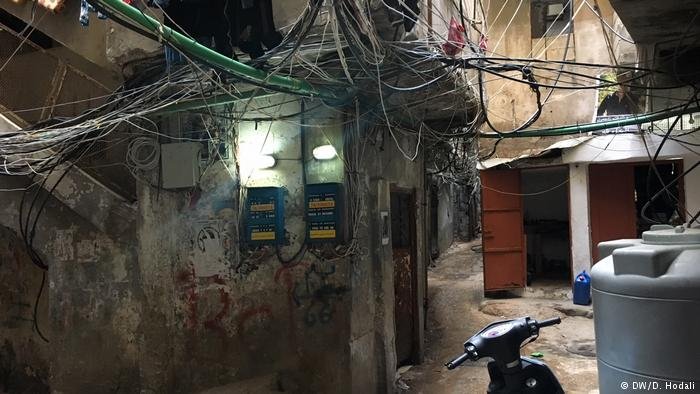 The situation for Palestinians living in Lebanon was difficult enough before the war in Syria began. Their rights, even today, are extremely limited. That is despite the fact that many of them are among the third or fourth generation of their families to be born in Lebanon. Newborns inherit nothing more than their parents' refugee status — and all are prohibited from owning land or real estate. Palestinians are not allowed to take jobs as doctors, lawyers or engineers and if they do find work, they are paid a fraction of that which is given to Lebanese workers. Syrians, too, are forbidden from practicing a number of occupations in Lebanon. Instead, they are simply singled out as scapegoats for everything that is wrong in the country.

Palestinians in Lebanon — a forgotten people with no rights

When Syrian refugees began to arrive, many Palestinians grew worried that their ongoing plight would fade even further from memory. Many Palestinians in Lebanon complain that the world's attention is only focused on Syrian refugees. They say of course times are very difficult for Syrians right now, but at least they will be able to return to their homeland at some point. Palestinians no longer have that possibility. They cannot even visit — instead, they are simply told to share what little they have.

Read more: "Expressing freely and creatively what needs to be said"

The UN Refugee Agency (UNHCR) has repeatedly put forth proposals for the construction of refugee camps for Syrians, but the government in Beirut has opposed them at every turn. Lebanon does not want to establish any more permanent structures to house even more refugees — the country is already overburdened. According to official statistics, 450,000 Palestinians currently live in Lebanon along with more than 1.5 million Syrians. Lebanon has a population of 6 million people. 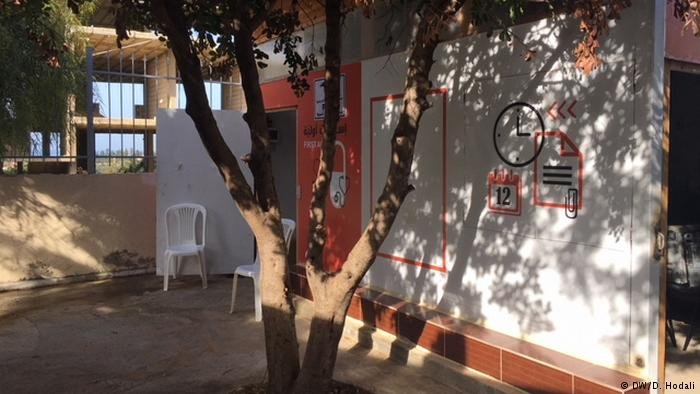 To counter the worsening situation, the UNDP has been making efforts to improve living conditions in informal settlements like Shabriha since 2013: Sewage systems have been installed, houses renovated and streets repaired. It is estimated that some 75,000 Palestinians live in informal settlements throughout Lebanon, alongside another 30,000 Palestinian Syrians and 5,000 Syrians.

The Shabriha community center is the UNDP's most recent project. The UNDP's Moujally says her agency was able to persuade local leaders to provide land for the project by convincing politicians they had to do something to ease growing tensions.

People get to know one another at workshops held at the community center. "That helps do away with prejudices and it brings people together," says the PARD's Dahshe. Sometimes women exchange recipes or talk about their lives, which Dahshe says is comforting to see. And when kids see one another on the street they just recognize a friend from the soccer field: "Nothing else matters at that point."