European football’s governing body, UEFA, has announced another 50,000 euros to support the German Football Association's program for refugees. Meanwhile the German government is set to continue to spend millions of euros on a long-running project aimed at promoting integration through sport.

The funds come from the “Football and Refugees program” run by UEFA, which represents 55 national football associations in Europe.

They bring the German Football Association's (DFB) budget for social integration projects up to 450,000 euros, according to its treasurer, Stephan Osnabrügge.

The money will be used to continue to help German football clubs and organizations in their efforts to engage and provide support to migrants.

The head of the DFB program, Tobias Wrzesinski, said football organizations all over the country make an important contribution to integration. He said he wanted more refugees to become involved in the clubs, including becoming qualified in different ways, so they could “help to ensure that the clubs and club life goes on in the future.” 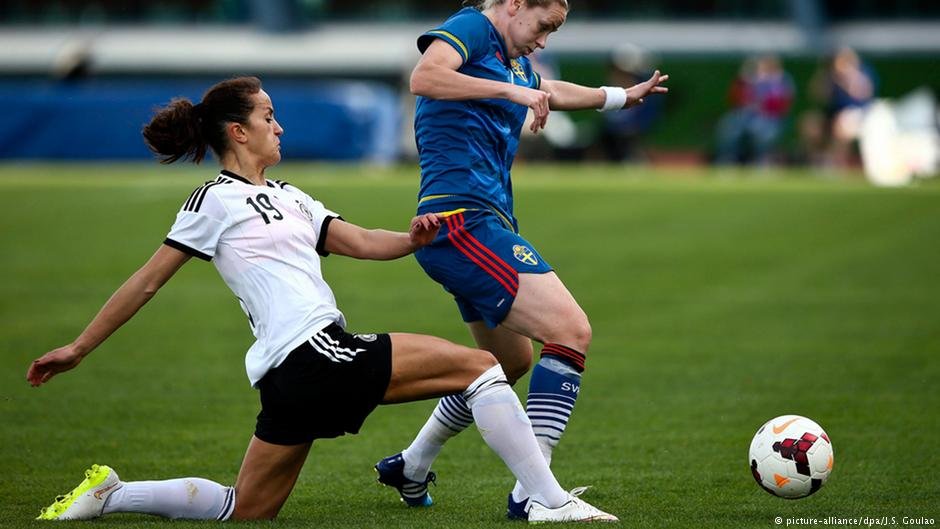 German high-level amateur and professional football has a number of prominent players from refugee backgrounds. Fatmire Alushi (formerly Bajmiraj) retired in 2017 after a successful international football career. Alushi's parents fled Kosovo for Germany when she was four years old. In 2009, she published her autobiography "Mein Tor ins Leben -- Vom Flüchtling zur Weltmeisterin." (My Goal/Gate into Life -- From Refugee to World Champion)

Getting the ball rolling

In 2015, in response to the large number of migrants arriving in Germany, the DFB launched the “1-0 for a welcome” program. The DFB and the German national team supported by the German Commissioner for Migration, UEFA and the German government contributed more than 400,000 euros to support amateur football clubs that wanted to offer refugees opportunities to play football. Then DFB president, Wolfgang Niersbach, said “Playing football together helps you communicate even if you don’t speak the same language.”

More than €11m for integration through sport

The German Olympic Sports Confederation (DOSB) has announced that it will continue to fund the nationwide program “Integration through Sport” for the next three years to the tune of more than 11 million euros a year. The money comes from the Federal Office for Migration and Refugees (BAMF) and is subject to budget approval.

Next year, the program will have been running for 30 years. In 2016, the Federal government more than doubled the annual funding for the project from around 5.4 million per year. As well as sport programs, it covers help with homework and language courses as well as job placement.

The DOSB Vice President of Recreational Sport and Sports Development, Walter Schneeloch, said “We must promote a culture that sees integration as a normal part of social engagement and not as an exceptional achievement of individuals.”

The German Cup (DFB Pokal) 2018 men’s and women’s finals take place this Saturday, May 19, in Berlin and Cologne.