The German Federal Criminal Police Office (BKA) has released a report on criminal offenses in Germany since the onset of the refugee crisis. It examines the percentage of offenders with migrant backgrounds.

The report evaluated crime statistics between 2015 and 2017 in Germany, looking at sexual offenses, bodily assaults, thefts, homicides and other crimes. The study investigated the share of offenders based on police records involving people with migrant background involved in crimes, taking into account asylum seekers, persons with refugee status, foreigners with a permit to stay as well persons who are in Germany illegally.

One of the findings is that refugees from crisis regions are less likely to have been involved in criminal activities than migrants from non-crisis regions. While Syrian refugees were the highest proportion of refugees and asylum seekers in 2017 – a total of 35.5 percent – only 20 percent of crimes by people with migrant background were committed by Syrians. There’s a similar ratio for Iraqis, according to the BKA.

The study showed migrants from north African countries such as Algeria, Morocco and Tunisia committed a higher percentage of crimes. While they only made up 2.4 percent of all asylum seekers, they were alleged suspects in 9 percent of crimes by migrants. For asylum seekers from Serbia, there is also a similarly high asylum-seeker to criminal offense ratio.

In cases of solved sexual offenses, police recorded an increase in cases committed by migrants. However, a reform of the penal code in November 2016 extended the definition of sexual offenses in Germany. This means there is a limited a comparison with previous years. 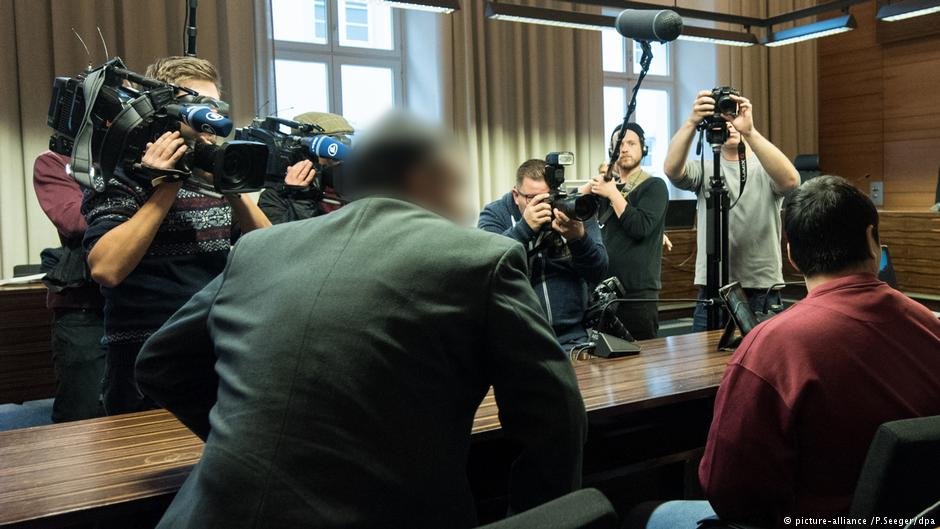 The number of sexual offenses involving at least one offender with migrant background increased by around 200 cases between 2016 and 2017. This number excludes the cases of sexual insults. In total, there were 3597 sexual offenses by migrants in 2017.

In total, the number of suspected offenders for crimes overall dropped slightly (2.4 percent) between 2016 and 2017. The share of suspected offenders with migrant background has remained unchanged. For the first time, crimes by recognized refugees were taken into account when looking at migrant criminal offenses.

You can download the pdf of the report here (in German).