What is Syria's new property law and how does it affect refugees abroad?

In April, the Syrian government passed a controversial law allowing it to designate areas for reconstruction. If you are a refugee outside Syria, the law could result in your property being confiscated.

The Human Rights Watch report published this week provides details about Syria's new Law No. 10 passed in April. The report, Q&A: Syria's New Property Law "breaks down the law's provisions, discusses its potential application and examines what donors and countries looking to support reconstruction and recovery should take into account in making their financing decisions."

If you are a Syrian refugee living in Europe or in another third country, the law could affect your ownership of property back home. The Syrian government will designate redevelopment zones by decree, and within one week of this decree local authorities will request the names of owners of homes or other properties in the area. Under the law, businesses such as pharmacies or restaurants, as well as residential property can be repossessed. If your name is requested, you will have 30 days to provide proof of ownership.

How to prove ownership of property while abroad

Since you are abroad, you will not be able to submit your documents showing that you own the property in person. This means that one of your relatives or a "designated agent" will have to make the claim for you. A relative must be able to prove to the Syrian government that they are related to you. A designated agent can be someone you trust to take your place and can prove that you own the property, but that person will need to receive a security clearance from the Syrian government.

If your documents are unavailable, your relative will have to prove your ownership of the property in another way. According to HRW, this includes "property location, boundaries, and information about the shares they own and the real estate category the property comes under (commercial or residential), as well as information about any lawsuits they have brought or outstanding suits against them."

According to the decree, those able to provide proof of ownership will be issued with shares in a new real estate company, equal to the estimated value of their property. If you fail to prove ownership of your property via your relatives or a designated agent, you will not be eligible for any form of compensation. 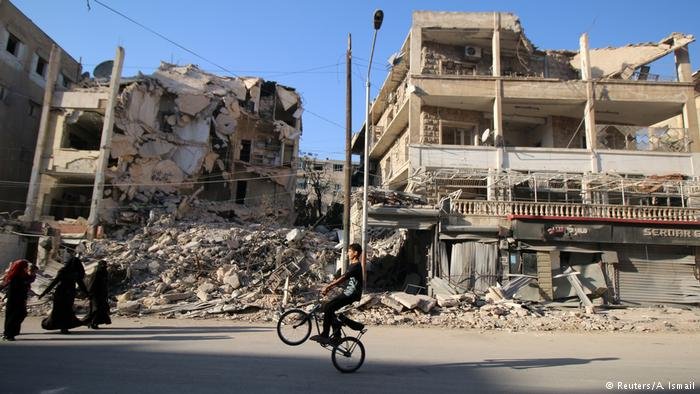 According to Human Rights Watch, the law is a "significant obstacle" for Syrian refugees who wish to return home. The organization cites the Carnegie Endowment for International Peace, which has said that Syrians are unlikely to return without a house or property to return to. HRW believes the law to be politically motivated and targeted at opponents of the Syrian government. Many of the areas that Bashar al-Assad's government has earmarked for reconstruction are majority Sunni areas, meaning residents are more likely to oppose the Syrian government, which is composed of Alawites, Christians, Shias and other minorities.

HRW has called for countries that support reconstruction in Syria, such as Russia and Iran, to demand the repeal of Law No.10. The organization says donor countries, investors, and humanitarian agencies operating in Syria "should make certain that their funds do not contribute to the abuse of property rights of residents or displaced persons, and that the funds to not go to entities or actors responsible for human rights violations and violations of international humanitarian law."