Network to combat migrant smuggling and people trafficking in Afghanistan

A network of organizations working to stop people trafficking and migrant smuggling in Afghanistan has been launched in Kabul. The aim of the network run by the International Organization for Migration and funded by the US aid agency USAID, is to help the government to implement a 2017 law against people trafficking.

Afghanistan is a major hub for human trafficking, which affects the lives of millions of people. In January 2017, the country passed a new law against trafficking and smuggling of migrants.

At the launch of the first national referral network of NGOs and media (ANCTIP), Afghan President Abdullah said his government was committed to counter human trafficking, but “there is still much to be done.”

The main aims of ANCTIP are to educate the public about trafficking and people smuggling and to help the government to enforce the law. The network will share information and work with Afghanistan’s neighbors to stop trafficking across the borders.

The initiative is being funded by the US international development organization USAID. Mission Director Herbert Smith said, “It is important to focus on the rights and needs of victims in the fight against trafficking in persons.” 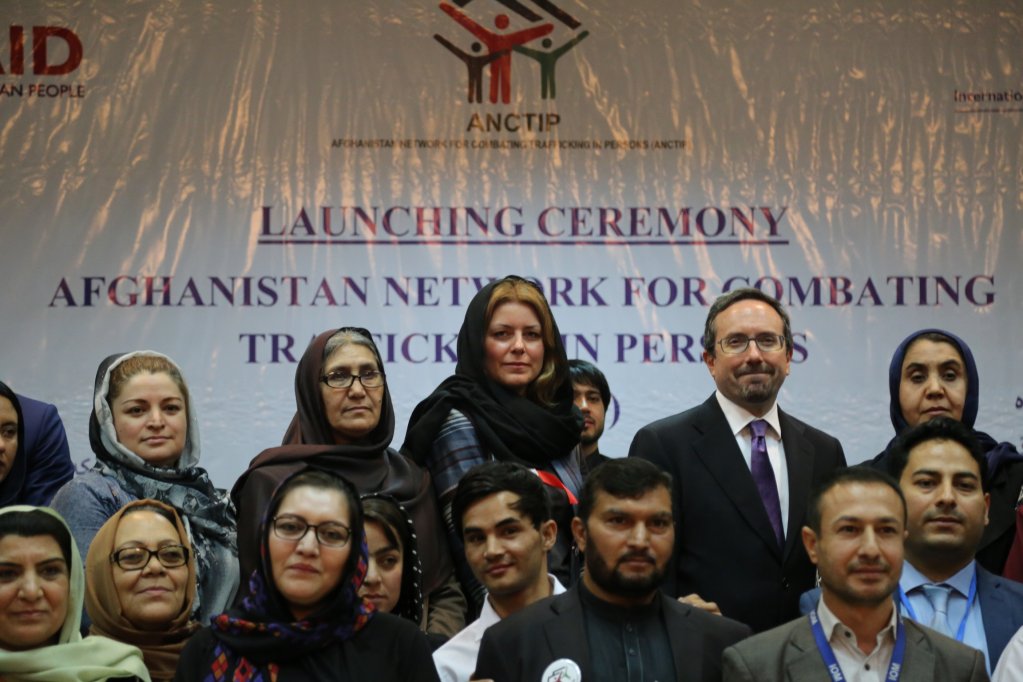 Most victims are children

Traffickers often prey on returnees from Iran and Pakistan and other internally displaced people, according to a 2017 US State Department Report on Trafficking.

Afghans – women, men, and children – often pay people to help them to find jobs in Iran, Pakistan, India, Europe and North America . Sometimes they are forced into labor or prostitution as a result. Afghan women and girls are subjected to sex trafficking and domestic slavery in Pakistan, Iran and India. Afghan boys and men are subjected to forced labor and debt slavery in agriculture and construction jobs, mostly in Iran, Pakistan, Greece, Turkey and the Gulf States.

Boys, especially those traveling alone, are especially vulnerable to trafficking. Some Afghan boys are subjected to sex trafficking in Greece after paying high fees to be smuggled into the country.

In Iran, male Afghan migrants including registered refugees and boys as young as 12 are coerced by the government and Islamic Revolutionary Guards Corps to fight in Syria. They are threatened with arrest and deportation to Afghanistan.

The US government cites reports of women and girls from the Philippines, Pakistan, Iran, Tajikistan, Sri Lanka and China being subjected to sex trafficking in Afghanistan. Some Afghan recruiters also reportedly promise high-paying jobs to lure foreign workers to Afghanistan where they are subjected to forced labor after they arrive.