Why are Pakistanis so successful at finding jobs in Germany?

A recent study by Germany's Federal Employment Agency concluded that Pakistanis have been the most successful at finding work in the EU country over the past couple of years. DW examines the reasons behind their success.

He speaks and understands very little German. On the face of it, 37-year-old Akbar Ali may be considered one of the least integrated migrants in Germany. However, he has learned very quickly how to adapt spicy Indian-Pakistani cuisine to suit German and European taste buds.

For the past ten months, Ali has been working part-time as an assistant in the kitchen of an Indian/Pakistani restaurant in the western German city of Bonn. Securing the job was not an easy task. "Not understanding the language was the main problem in finding a job. There was hardly anyone I knew who could understand my language and help me out. Having no work and no social life was one of the hardest times for me," Ali told DW.

Work as a coping mechanism

Ali is one of the nearly 30,000 Pakistani migrants who have arrived in Germany since 2015. He is also among the 40 percent of migrants from Pakistan who have managed to find a job in Europe's largest economy.

According to a recent study published by the Institute for Employment Research (IAB), a special office of Germany's Federal Employment Agency, Pakistanis have been the most successful among all migrants in finding employment in Germany.

For Ali, being employed means more than just earning extra money. His brother in Pakistan passed away last month, and keeping busy at work here helped him cope with the loss.

He spent almost two years, looking for any possible way to keep himself occupied and earn some extra money before he finally met Aleem Latif, who owns a successful restaurant in Bonn's old town, and who opened another in nearby Siegburg last year.

"Because of the language barrier and the lack of recognized skills, it is hard for Pakistani migrants to find jobs in other sectors. I hired Ali as I knew that he can be trained," Latif told DW. "We have Pakistani students working with us and many students looking for part-time jobs. So there was obviously an element of empathy in hiring a migrant, which requires a lot of paper work." 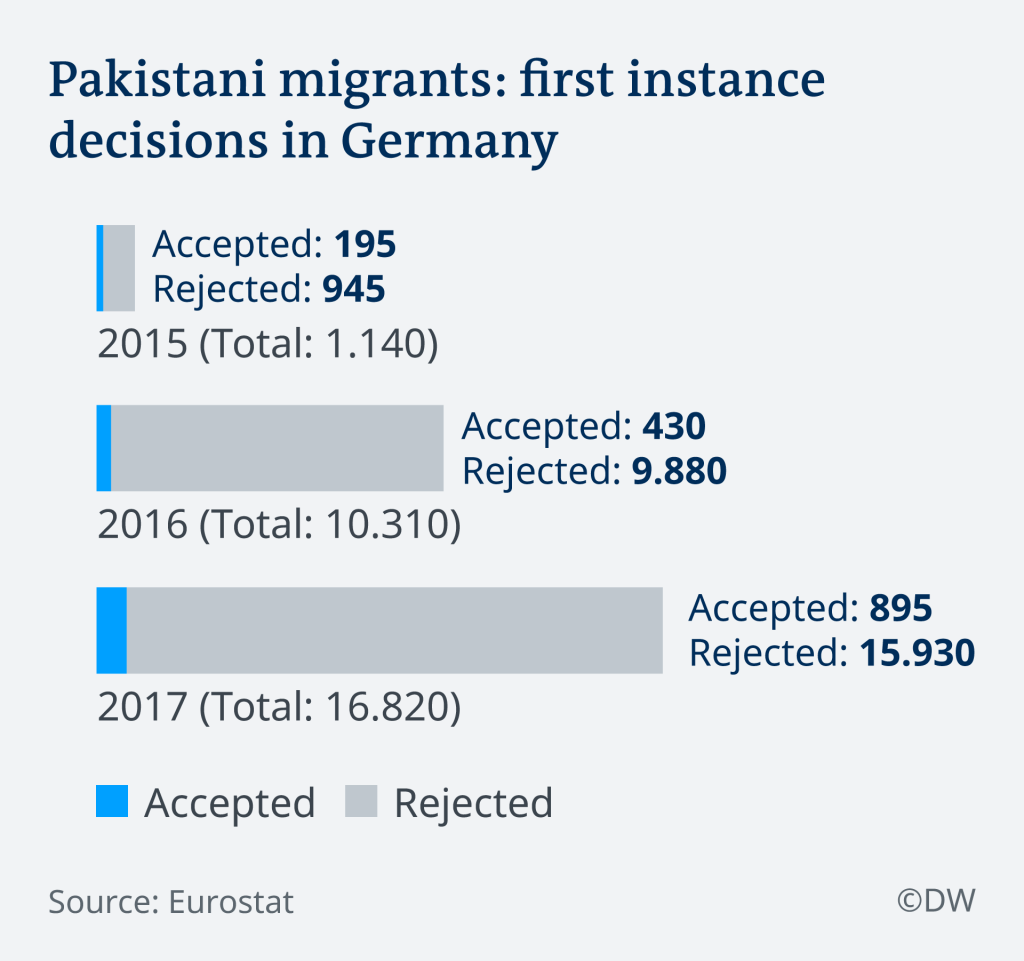 According to federal legislation, German and European Union citizens are given priority in the job market. Non-EU citizens, on the other hand, are only granted permission to work certain jobs for which German or EU citizens are not available. This requirement was partially suspended in 2016 to enhance the employment chances for refugees whose asylum applications had been accepted in Germany.

Coupled with other factors, these regulations are one of the reasons why migrants from Pakistan primarily get permission to work in Indian or Pakistani restaurants.

Danyal Ali Rizwan is another Pakistani migrant who is currently living in an asylum center in the town of Neumarkt in the southern German state of Bavaria. Rizwan comes from the volatile Parachinar region located on the border between Pakistan and Afghanistan. Rizwan told DW that he worked for a year at an Indian restaurant. "Later I found a job in another local company. However, the Federal Employment Agency did not give me permission to work there and since then, I do not have a job," he said.

According to the EU statistics office, Eurostat, 28,395 Pakistani migrants applied for asylum in Germany between 2015 and 2017. Over 15,000 of those asylum applications were submitted to German authorities in 2016 alone.

Speaking on condition of anonymity, a Pakistani interpreter working with Germany's Federal Office for Migration and Refugees (BAMF) claimed that the majority of Pakistanis seeking refuge in Germany are economic migrants, primarily from the South Asian nation's Punjab province.

Of the asylum applications filed by Pakistanis between 2015 and 2017, only 5.4 percent were approved in the first instance.

The acceptance ratio among male applicants between the ages of 18 and 34 was even lower at 2.7 percent. In 2014, just before the start of the refugee crisis in Europe, over 27 percent of Pakistani migrants successfully obtained asylum in Germany.

It should also be noted that Pakistani migrants are unable to attend German language and integration courses unless their asylum applications are accepted. These courses are normally offered to those with refugee status from countries like Syria and Iraq.

Yet, despite these hurdles, Pakistani migrants have still managed to find employment at a higher rate than asylum seekers from other countries. 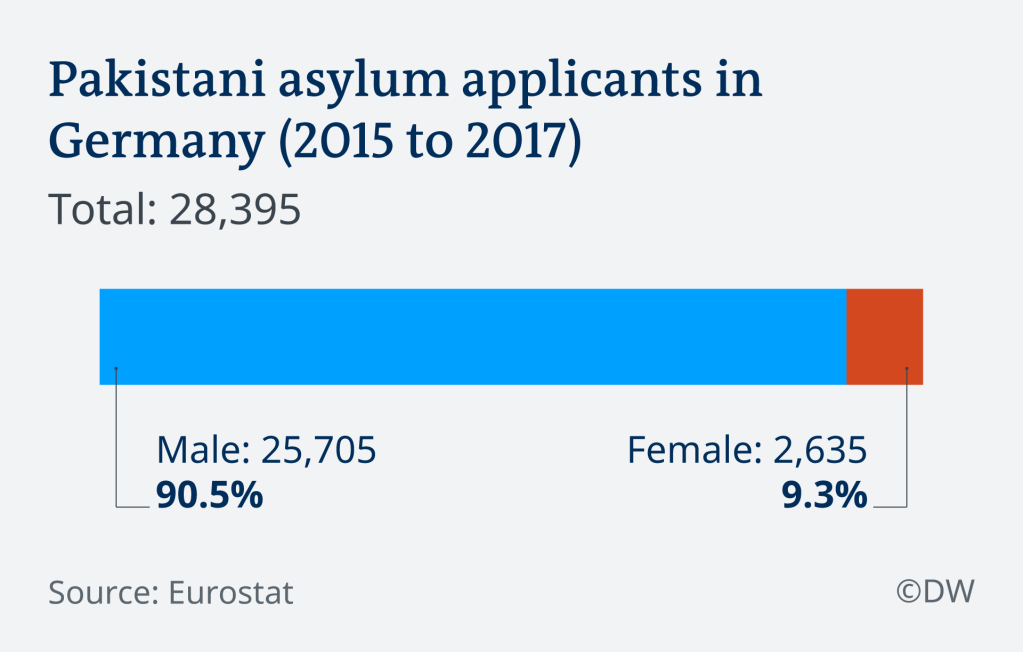 Out of the ten Pakistani migrants that DW spoke with in Bonn, five of them successfully obtained jobs since arriving in 2015. Most of them come from rural areas and small cities between Islamabad and Lahore — where prospects are slim for improving one's economic situation.

20-year-old Usman was the youngest among them and most fluent in the German language.

"I am working not just to earn money. More important than that is the fact that being employed earns me social respect," he said.

Similarly, Ali emphasized that he wants to work because he does not want to rely on social assistance from the German government. "I want to earn my living with my own hands," he said.

For Latif, gaining social respect is one of the main motivating factors behind the high employment rate among migrants from Pakistan. "Most of them have the burden of earning money for their families back in Pakistan, but social respect within the Pakistani community here is equally important for them."