Former refugees returned to the Kenyan camp of Kakuma to tell those still living there how they coped with hardship and made a success of their lives.

The Kenyan camp of Kakuma houses more than 185,000 people, most of them refugees from Somalia and South Sudan. Recently, the camp hosted the first world's TEDx conference on such an unusual site. The event, a grassroots initiative which brings together people to talk about a diverse range of subjects, was co-organized by the United Nations High Commissioner for Refugees (UNHCR).

In this instance, the conference's subject was how refugees can make a success of their lives, in spite of all the difficulties and hardships they face. Among the successful ex-refugees invited to speak was Halima Aden, a supermodel who wears a hijab. Her family fled the civil war in Somalia in 1994. She lived in Kakuma for some years but then moved to Minnesota in the US. She was the first Muslim homecoming queen of her high school. That is, by tradition, an honor that goes to the most popular and beautiful pupil.

No shame in being a refugee

"I was also the first hijab-wearing woman in many places, like the Minnesota US beauty pageant, the runways of Milan and New York's fashion week, and even on the historic cover of British Vogue," Aden told DW. She says she consciously uses her position to "send an important message of acceptance." 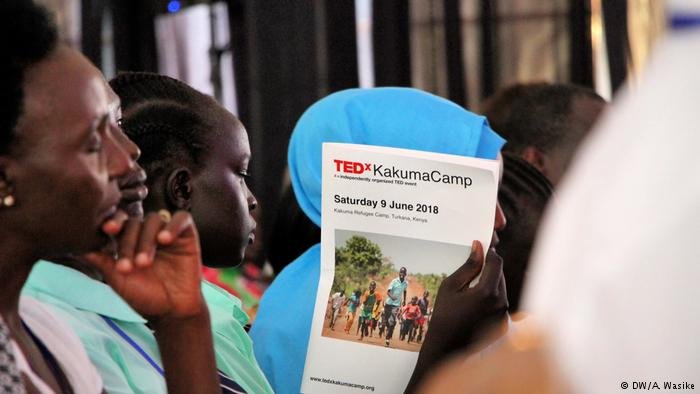 That included the acceptance by refugees of who they are: "I am proud of that background. I have never understood why people are ashamed to say where they came from. They think maybe other people will look down on them. But I find in it my strength and my power, the fact that I was able to come from this place and make something of myself."

The importance of education

While giving her talk, Aden stressed that being the first hijab-wearing model gave her the opportunity to be a role model for young Muslim girls. She called on them not to "conform" and "just be themselves, because, guess what, that is good enough that is all you have to be." Aden also wanted to assure all refugees that they are not forgotten by the world. "I want you to have hope; I want you to have a vision; I want you to work hard and I want you to make the most out of every opportunity, no matter how little."

Also taking part in the TEDx conference was Mary Maker, teacher, humanitarian activist and former refugee from South Sudan. She recalled how her mother dug trenches where the family lived to escape the violence raging in the country. But even they were not safe enough, so the family fled to Kakuma. Here, Mary Maker learned the importance of an education for the children even if the circumstances were hard. "I can say that educating a refugee is educating the whole world. It would be so painful if all these children went back home without an education," she said, adding that when they get an education in the camp "…they have something to offer to their countries; they have a better chance of turning their devastated countries into a beautiful place that everyone is going to admire. They are the key to rebuilding our countries." 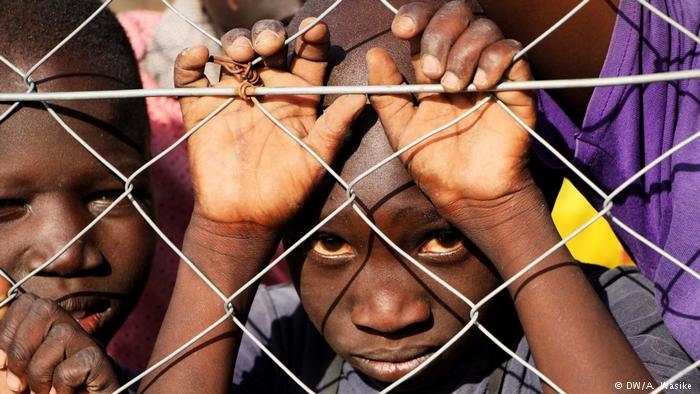 Mary Maker also has a message of hope for those living through the difficulties she knows so well. She remembers how lost she felt at the camp. "I see them and I see the future of my country; they can be the generation to change it if only they are given that education that they really want," she said.

Mercy Akuot is a women's rights advocate and an ambassador for the refugees. She herself stems from the Dinka community of South Sudan. Akuot agrees that education is crucial, especially for young girls. "I have seen remarkable changes. More and more girls are attending high school and parents are helping them pursue their ambitions."

Akuot herself was married off in South Sudan when she was  only 15 years old, as war and violence devastated her community. "I have brought the message of women empowerment to TEDx and that is what I believe in," she told DW. The activist says that there is a pressing need to fight for the rights of women: "We cannot continue lowering the dignity of women and limiting their possibilities. Empowering women is empowering a nation."