Integration in Germany: 'We can do it,' but we're not there yet

As political battles over migration policy continued this week, the German Chancellor Angela Merkel addressed a national summit on integration in Berlin. She talked not about divisions, but about achievements and the need to continue striving for equality and full participation for 'new Germans' and others alike.

Germany is struggling with a huge social and political challenge. Having taken in the largest number of asylum seekers in Europe during and since the migration crisis of 2015, it now has to balance relationships with other countries in the region with its international obligations, while at the same time maintaining harmonious relations at home.

The successful integration of Germany's millions of migrants and newcomers is critical for the government's survival, especially after the success of the right-wing AfD party, many of whose supporters are uneasy about the way German society has changed due to immigrants.

The government is spending billions of euros to finance integration -- 13 billion over the next fours years, the Finance Minister announced last month. But how exactly integration should work remains a subject of constant debate. 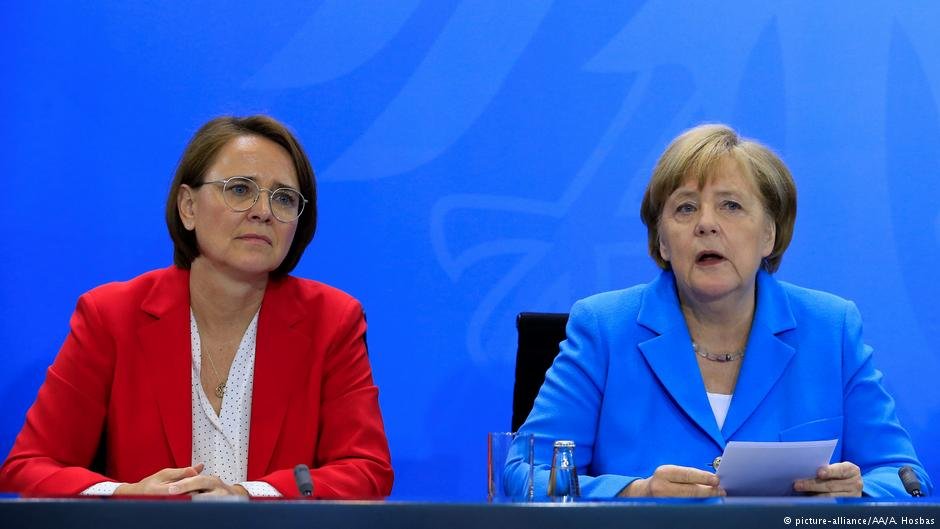 At the national integration summit held on Wednesday, Chancellor Merkel's tone was characteristically sober. She spoke about the importance of equal opportunity and lack of discrimination in education and employment. "Freedom, respect for the value of every individual, respect for the rule of law and equal rights for men and women" are basic values necessary for a cohesive society, she said.

The Federal Integration Commissioner, Anette Widmann-Mauz, put forward a new and more controversial idea, suggesting that the integration process should start with language and other courses before migrants even leave their countries of origin.

Widmann-Mauz also referred to some specific barriers to integration, such as populists who try to "poison the climate with inflammatory language".

What does integration mean and who is responsible?

According to the federal migration ministry, the aim of integration is that immigrants "have an equal stake in all areas of societal life whilst respecting cultural diversity."

One of the most important tasks for which BAMF is responsible is implementing nationwide integration courses that teach migrants German language skills and about life in Germany and the country's social norms and values.

The German states have their own integration ministers who meet regularly to coordinate and review progress on key aspects of integration such as nationalization rates, health statistics, criminality, participation in public life as well as education, employment and German language skills.

But integration is also considered a responsibility of individuals in society. BAMF emphasizes that immigrants have to take initiative themselves to learn German and to identify with the norms and values of German society. Germans too, BAMF adds, should be willing to "meet the immigrants with openness."

Has integration been a success?

The answers are mixed. Ferda Ataman, a spokesperson for the Neuen Deutschen Organisationen (New-Germans organizations), also addressing the national integration summit, was critical of the government's focus on teaching values and language to migrants. "You are assuming, then, that migrants themselves don't have the right values," Ataman said. Some surveys also suggest that integration has not worked, and that Muslims, for example, continue to face discrimination. Ataman said women have had their headscarves pulled off, and men reported being questioned by police for no reason -- phenomena she blamed on a "massive shift in discourse."

However, others point to successes in the job market, sport and politics, as well as areas like the German city of Offenbach, with the largest proportion of migrants (37 percent), as evidence that integration has been successful.

In 2017 there were about 10.6 million foreign nationals in Germany, roughly 13 percent of the population. 18.6 million people were of foreign background.

Between 2005 and 2016, education levels of young migrants in Germany improved significantly. According to the federal office of statistics, in 2005, only about 14 percent of 25 to 35 year-olds achieved tertiary level education. By 2016, the figure had risen to 26 percent.

School education among migrants has also increased. The proportion of high school graduates with migrant backgrounds rose from 9 percent in 2010 to 17 percent in 2015.

Unemployment rates among migrants have fallen from around 18 percent in 2005 to just over 7 percent in 2016. Still, the rate for migrants remains higher than the general population, where the rate dropped from nearly 10 percent to 3.4 percent in the same period. 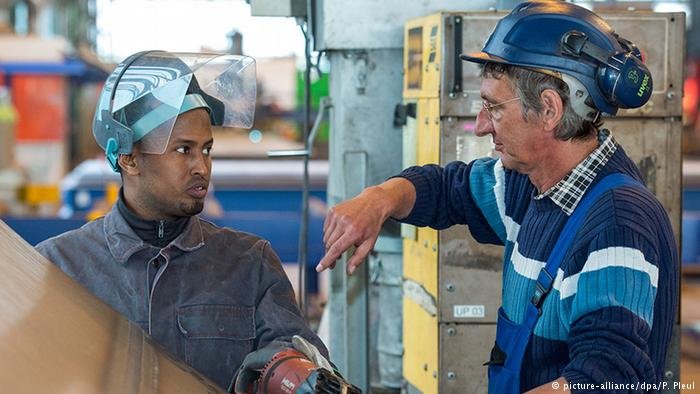 Political participation
The number of elected federal parliamentarians from immigrant families is around 8 percent (58 of the 709 members). This represents an increase, but migrants remain underrepresented in the German Parliament.
Sport
Sport, particularly football, is considered one of the most successful areas of integration in Germany and sport programs for migrants are well funded.