Sit-ins and protests across Italy in solidarity with Aquarius

Thousands of citizens throughout Italy have staged sit-ins in public squares in recent days to express their solidarity with the migrant rescue ship Aquarius, which the Italian government has refused to allow to dock at its ports.

Across Italy, people participated in sit-ins and organized 'open ports' protests after the new government refused to let the Aquarius dock. The case of the migrant rescue ship carrying more than 600 people did not just make headlines in Italy, but has also strained Italy's relationship with France.

More than a thousand people participated in a demonstration in Milan under the title "Let's Open the Doors, Let's Guarantee Rescue at Sea."
Their goal: To show solidarity with Doctors Without Borders (MSF), which runs the Aquarius, and with migrants crossing the sea to get to Europe.
In Florence, a demonstration took place in front of the local prefecture, while in Turin about a thousand people gathered in Piazza Castello with Regional Governor Sergio Chiamparino. In Naples, demonstrators used red paint on flags of the League and 5-Star Movement parties to symbolise the blood of migrants. 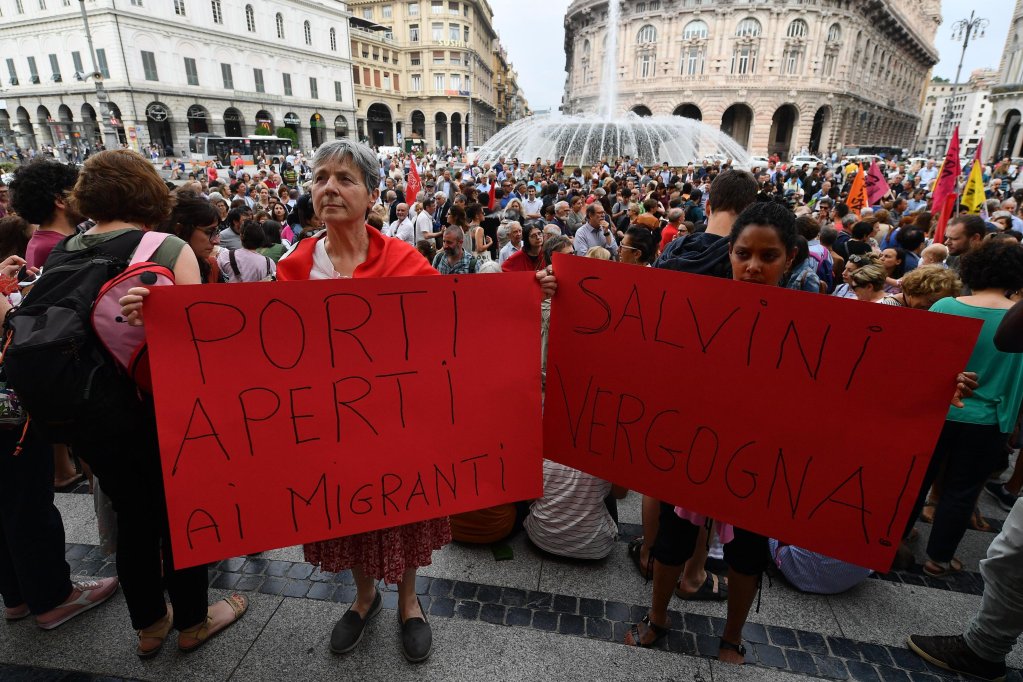 Other events were organized in cities across Italy including Genoa, Pavia, La Spezia, Vicenza, Como, Brindisi and Benevento.
Gratitude for solidarity
MSF thanked to protesters on its website and social media channels:
"Thank you everyone for the solidarity! We express our deepest thanks to all those who in these difficult hours have expressed their solidarity over the events linked to the worrisome situation of the ship Aquarius and its 629 guests aboard. For us it is encouragement and a strong show of support. Denying disembarkation to desperate people rescued at sea can't be considered a victory; it's the wrong response to the lack of responsibility and sharing of duties between EU member states. All European governments and states must take action and support countries on the front line managing arrivals by sea, such as Italy, to ensure shared solutions. We thank civil society and associations for having organised in such a short amount of time demonstrations across Italy in which we are participating with our volunteers, partners and local staff". 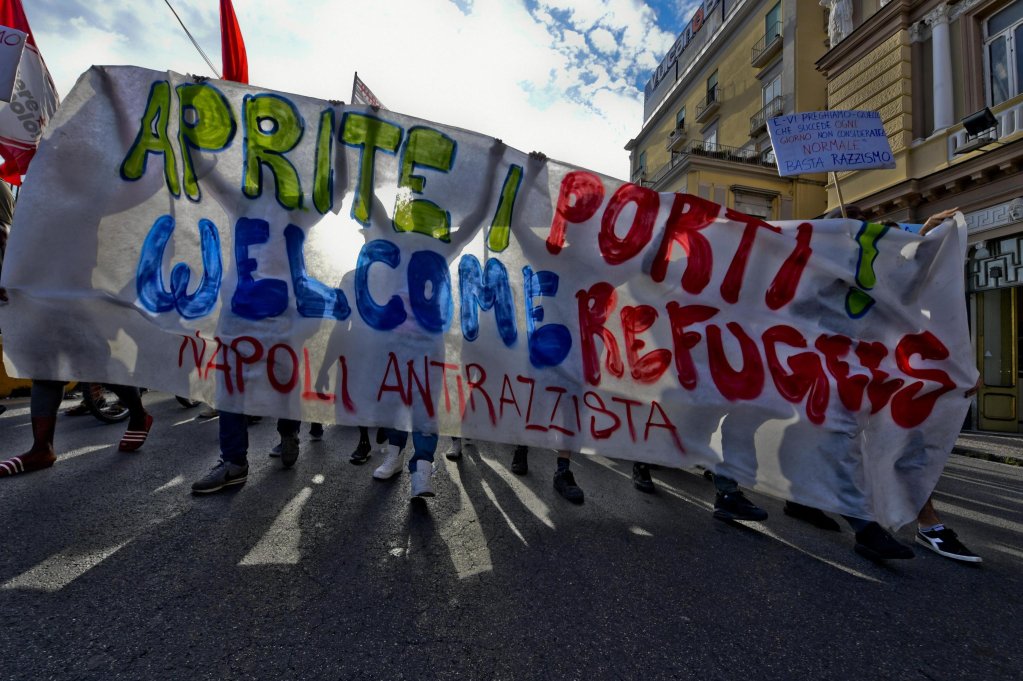 Italian celebrities express support for Aquarius
Some Italian personalities took part in the Milan demonstration, such as singer Roberto Vecchioni, who said demonstrating was a "must". "Every time something happens that is against the fundamental principles of humanity, you have to show up," Vecchioni said.
Journalist Gad Lerner and the founder of NGO Emergency, Gino Strada, also took part in demonstrations.