Studying for a future in Germany

Syrian Mohamad Albayat came to Germany at the end of 2015 aged just 23. A few years later he has begun studying for a master's degree in mathematics in the hope of building his future in his new country. Between determination and loneliness, he tells InfoMigrants about his life in Germany.

“Sometimes I feel lonely,” admits Mohamad. That feeling is perhaps not surprising considering Mohamad left behind his parents and sisters in Syria and a brother in Turkey. Mohamad arrived in Germany at the end of 2015, alone. Still, he considers himself one of the lucky ones. His whole journey from Syria to Germany took around 12 days. Back then the borders were largely open.

“I am 27 years old. In Syria, I was called up to the army because of the war, and I didn’t want to go, that’s why I had to flee,” he explains simply when asked why he decided to come to Germany. “Those who are in the army are forced to kill people, I didn’t want that,” Mohamad explains, “so I fled.” Nevertheless, it was “very difficult” leaving Syria, leaving behind family, friends and his girlfriend. “Yes, it was very very difficult,” he reiterates. “Where I lived, there was a lot of fighting between the opposition and the regime. No water, no electricity, I had to just stay indoors, otherwise I would have been killed.”

It seems Mohamad tries not to dwell for too long on the negatives. Things are very different here than in Syria, Mohamad muses, but his stay, initially in a welcome center and later renting a shared house in Remagen, has been positive for the young student, who is a studying for a master's degree in Math at the University of Applied Sciences Koblenz at the RheinAhr campus. When he first arrived, he remembers the inhabitants of the town in the western state of Rheinland-Pfalz where he was placed to be friendly. “One of my neighbors was a German teacher and she helped me a lot with my German,” he explains. “We went to the swimming pool and also went rowing on the Rhine together too,” he smiles. 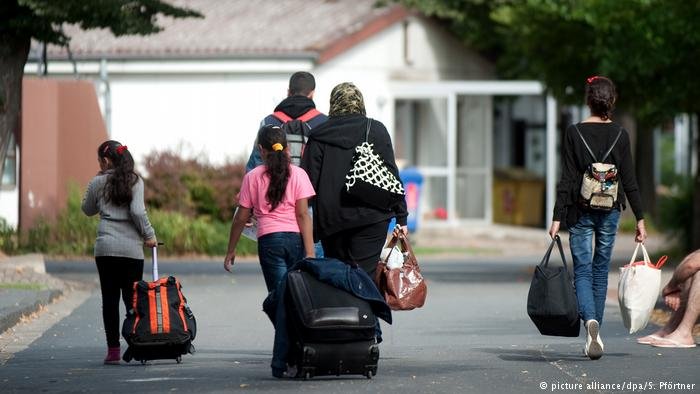 A few years on, Mohamad is tentatively trying to realize his dream. Even before the war, he explains, it was his dream to come to Germany, “to study.” “The universities have a good reputation here in Germany,” says Mohamad. “I always wanted to get a degree from Germany.” He already completed a bachelor's degree in Syria and was part way through a master’s program when the war broke out. He was working too, on the side teaching his beloved subject, maths. “I love being a teacher, explaining things,” he says in his quiet way.

Mohamad is very practical when asked what images he had of Germany before he came here, he shrugs his shoulders. “I wanted to come to deepen my studies,” he smiles. He seems aware of the irony that the war allowed him to pursue his dream, without putting his thoughts into words, it is clear that he would have preferred things to have gone another way.

In Germany, he was granted asylum, a safe haven, yes, but a lonely one. The rules of asylum and the situation in Syria means, “if I went back I would be arrested and would probably be sent to prison,” explains Mohamad. The reality of that means he hasn’t seen anyone in his family since 2015, although he manages to talk to them fairly regularly. “Apart from when they don’t have electricity,” laughs Mohamad wryly. “The electricity cuts out two or three times a day,” he explains. 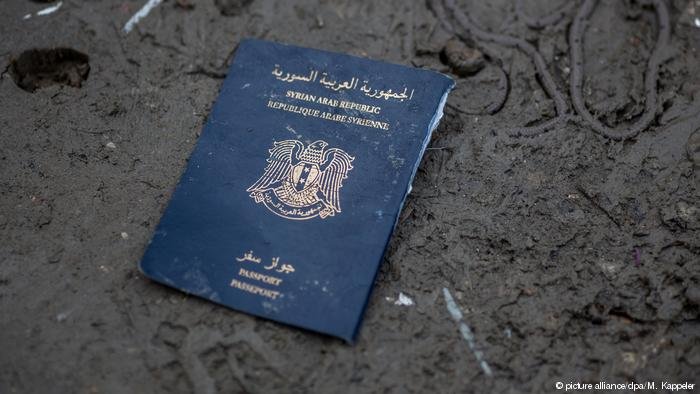 One of his sisters is studying in Syria, the other was married and has three children. Her husband was killed in the war and she is bringing up her children alone. That too is “very hard,” explains Mohamad. He maintained contact with his girlfriend too for a year after he fled “but we decided it was best we split up,” he says sadly. “I didn’t know how long I would be away for or when I might be able to go back.”

Mohamad’s determination means that he has adapted relatively well to life in Germany. In 2018, he was finally able to sign up for a master’s program in math, which is what he is currently pursuing. If all goes well, he should be finished in 2020. Mohamad loves studying. He emerges for the interview from his books, literally blinking in the afternoon light. “I am not great at talking when I have been studying,” he apologizes before we start the interview. “I am busy thinking about what I have been learning.” 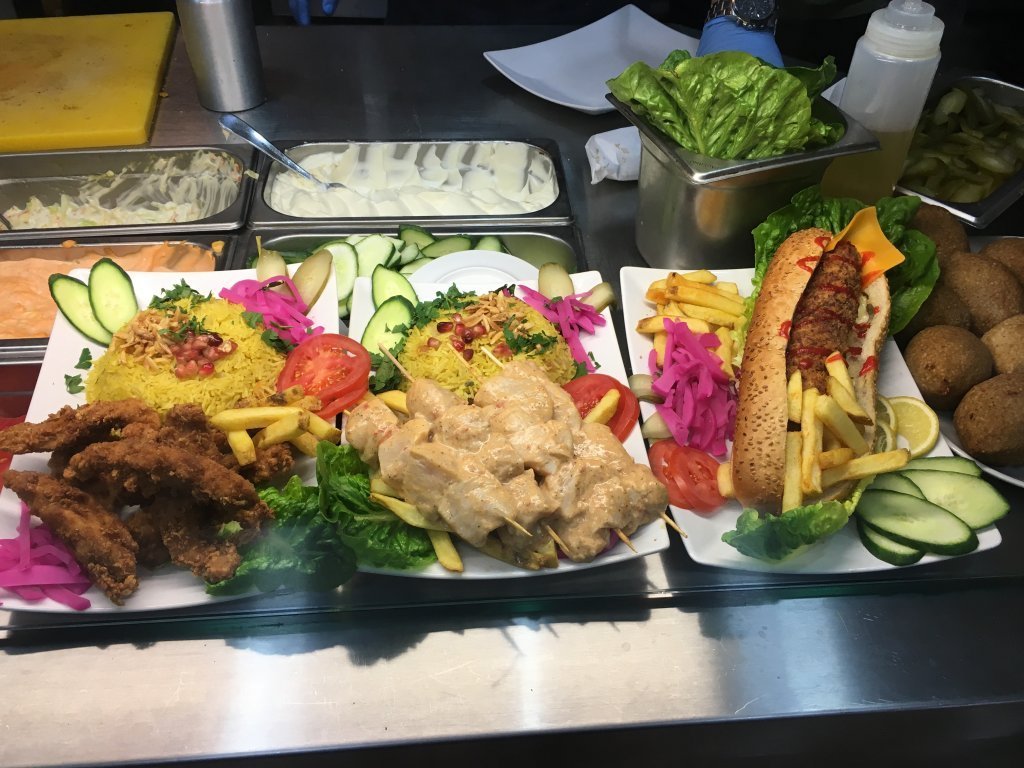 Until he arrived in Germany, Mohamad never had to cook his own food, or fend for himself. His mother had looked after all that. He explains that she has helped him via Whatsapp with some favorite recipes and he has learned the rest from watching YouTube videos. He misses Syrian food but says he has learned to cook a few simple things. Kibbeh (a kind of baked meat ball with semolina) and a yogurt, with courgettes and meat dish being two of his favorites. “I buy lots of food in the Turkish shops, we have quite similar food to Turkey, well we have a border with them” he says. “The rest of the time, I eat ready meals from the discount stores,” he confesses. His studies are more important to him, rather than wasting time cooking elaborate things. “I just want to get a job when I finish, any job that uses my skills,” he explains, “perhaps in a bank?”

Eventually, Mohamad would love to become a teacher again. “But that would be difficult here in Germany, with the language,” he thinks. Mohamad studied German hard when he arrived. He says he has up to the C1 level of language, but that certificate was not from a recognized school he admits. Luckily even with his B2 level, he had enough to enroll in a maths program at the Fachochschule Koblenz. 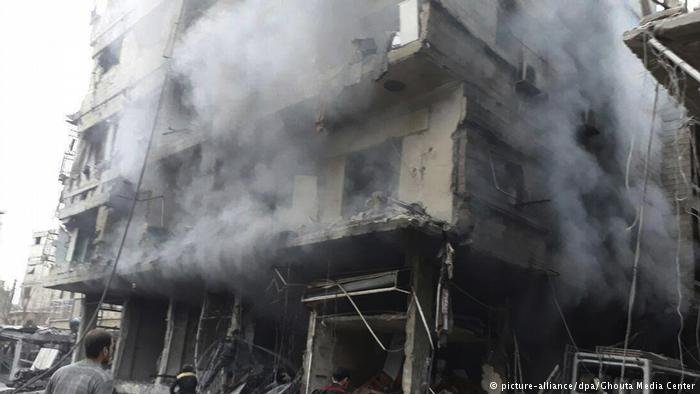 He can communicate in German but he would still like to improve. At first the master's was hard, he admits. He couldn’t follow everything that was being said in lectures. “They all talked very fast, all the professors talked fast,” he admits. But he talked to his tutors and managed to get copies of lecture notes from his fellow students so that he could re-read them at home. He works hard at home, putting in extra hours so that he has understood every principle and formula that is being covered on the course.

When asked about whether he has found it easy to integrate in Germany, Mohamad at first shakes his head. He doesn’t have any German friends he admits. “I have loads of Syrian friends,” he giggles. “I don’t know why it is hard to find German friends. Perhaps I need to improve my German? But I think perhaps they don’t want to be friends either.” He does, however, get on well with the other international students from Cameroon, from Morocco and from Ukraine. “The only problem is we all talk in German and we compound our mistakes,” he thinks.

On second thoughts though, Mohamad doesn’t think that finding German friends is his priority at the moment. “When I have finished my master's, I will have had enough of studying,” he laughs. “I just want to work. I love meeting people and talking to them and explaining what I know about math.” “Oh and then I want to get married,” he laughs shyly.

Despite missing his country, Mohamad can’t see a time when he might be able to return to Syria. In a few years, he will have been in Germany long enough to acquire German citizenship. “It is quicker once you have a degree,” he confides. His future here is pragmatic. “Germany helped us, for that I am very grateful,” he explains. It might not be where his heart is, but it’s a place where he is safe and can find a job, which he hopes one day will fulfill him as much as his teaching did in Syria. “Studying makes me happy,” Mohamad says simply. “That has always been my dream.” He concludes: “Now my one aim is to live in peace.”