The dreams of Prince, an asylum seeker from Nigeria

Prince's journey from Nigeria to Germany has left him with mental health problems and little trust in the asylum system. But his passion for making a positive difference still burns. This is his story.

In mid-December the town center of Bamberg twinkles with Christmas lights and smells of spiced wine and candied almonds. In spite of the cold and damp, Prince has come to the city's Green Market with its famous Baroque statue of the Roman God Neptune, "fork-man" in the local dialect, not for the Christmas cheer, but to join a Monday night vigil – a regular public gathering of people supporting refugees and asylum seekers. But they are nowhere to be seen. He thinks the vigil may have been called off because of the rain, so instead he makes his way to the bus stop where he will catch a ride home. 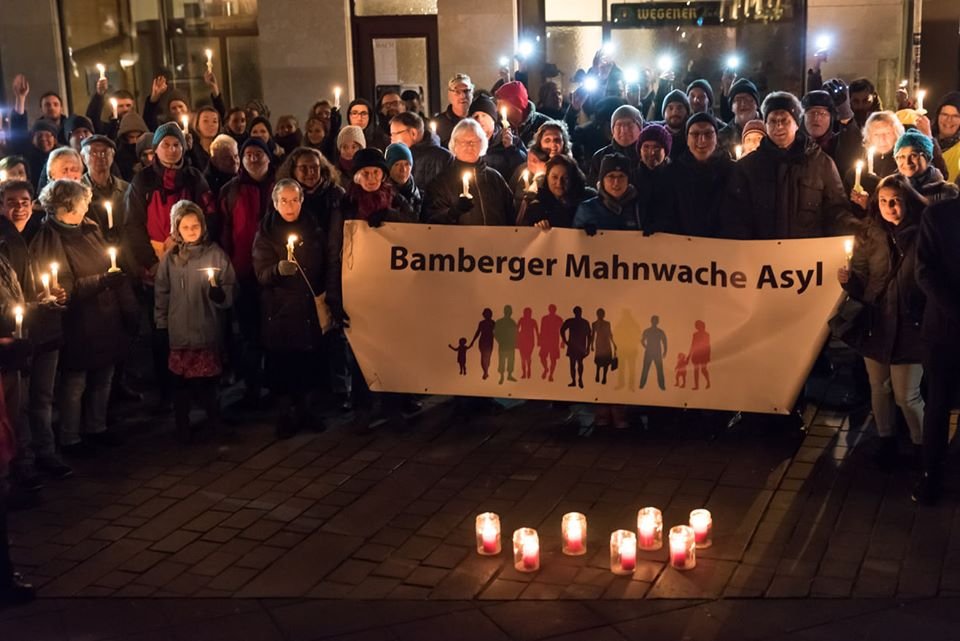 For almost ten months, "home" has been a shared room in a complex on the outskirts of town that houses nearly all of the asylum seekers here, a so-called "Anchor" center. The centers were set up across the state last summer as one-stop facilities where asylum seekers remain from when they arrive until they receive protection, leave voluntarily or are deported.
The Anchor center in the Bavarian city Bamberg is on the site of a former military barracks. To Prince, who is in his twenties, it is a prison, a madhouse, so bad that there is "nothing in this world" with which to compare it. He says he has become depressed and traumatized as a result of staying in the "camp." He never knew what a nightmare was until he got here. "It was in Germany that I started knowing what they call nightmares. Every time you close your eyes, you will be seeing German police."
2017
Prince leaves Nigeria, his home and his four sisters, and travels to Libya. At first, things go well for him. "I was employed in a welding construction company. They paid me 1,650 dinars a month. The owner of the company loved me. Everything was going so successfully. They gave me an apartment and everything I needed."
But before long, Prince's luck changed. He was blamed for something he did not do and threatened with his life. He became desperate. "I was the only black [person] that lived around [there]. I looked around and all I saw was desert, ... I didn’t know what to do."
The answer came when he was introduced to a smuggler, "an Arab man called H." With money from a friend, Prince paid for passage on an inflatable boat bound for Italy. Together with more than 200 others, he set out one evening on what was to be a disastrous journey across the Mediterranean.
We got lost, our fuel got finished, our engine broke, and we were on the sea. There was a massive wave and before we know it, one side of the boat was now less.
Several people – as many as 20 – lost their lives before a helicopter arrived, followed by a rescue ship which took them to Italy. 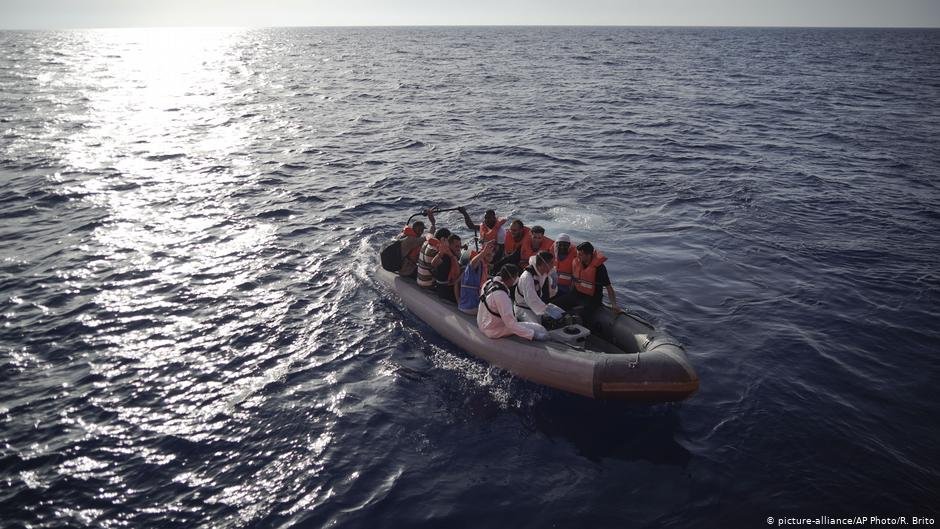 May, 2017
Prince sets foot in Europe for the first time. After arriving in Sicily, he was sent to a center for asylum seekers in a northern Italian city. Determined to keep himself occupied, he approached the authorities and told them that he had learned welding in Nigeria and he wanted to go to college. He discovered that as he was over 18, it would be up to him to pay for his own education at a cost of €750 – a small fortune for someone scraping by on €200 a month. “I worked out it would take me up to six months [to save the money] because I [have to] eat. But I starved myself, and I gathered the money and I took it to them. When I got there they said, ‘ah, mi dispiace, we are sorry, we cannot admit you’.
"I didn’t give up. I went to ‘bricoman’, a company where they sell equipment. I bought every piece of equipment used for welding: welding machine, tongs, everything. Before long, I began to have some work. Many churches and many people began to give me work. ... But it was illegal, because I didn’t have the certificate to register it. They were attempting to give me penalties, so I quit the work ... I was so embarrassed and it was so painful to me that … the effort that I made to do something, it wasn’t working, and I had to depend on people. I am a man, I have feet, I have hands, I have to work for myself … I didn’t want to do drugs, I didn’t want to do any s**t that would get me into problems."
He tried again, this time with a one-person business selling home-cooked food on the street. But the police fined him, and the scheme ran into other problems: "A group of Nigerian boys, Nigerian mafia, African mafia in [the city], they began to beat me up and eat my food. It became horrible for me."

At some point, things hit rock bottom. Prince was reduced to begging on the streets. "Every morning I leave my house at 4:30 ... I returned in the night, but only to get about €5 or €3. That is not a kind of life that I want to live."

Once again, he found himself looking for a way to keep moving forward. It was a man he calls the "controller of the camp" who told him that there were 1,000 job opportunities for migrants in Germany. Another man, whom Prince considered a father-figure, told him the same thing. "Italians told me, Africans told me, I couldn’t hesitate again, so I said ‘in that case, I have to go to Germany’. I thought that once I arrive here everything is going to be good. I didn’t know what when I arrived here they are going to put me in a s**t-hole."
February, 2019
Prince arrives in Munich, Germany. He is transferred to the Bamberg Anchor center the following day. As of late November, he is more than five months over the average length of stay for an asylum seeker, which is about four months, according to the regional government. There are about 1,150 people from 20 countries at the Bamberg center – around a quarter of them are children. For Prince it is a living hell. "Everything about it is poor," he says, from the quality of medical treatment, the amount of money provided (€101 per month), and the treatment by the private security staff to the food. He admits that food is less important, he simply doesn’t eat it. 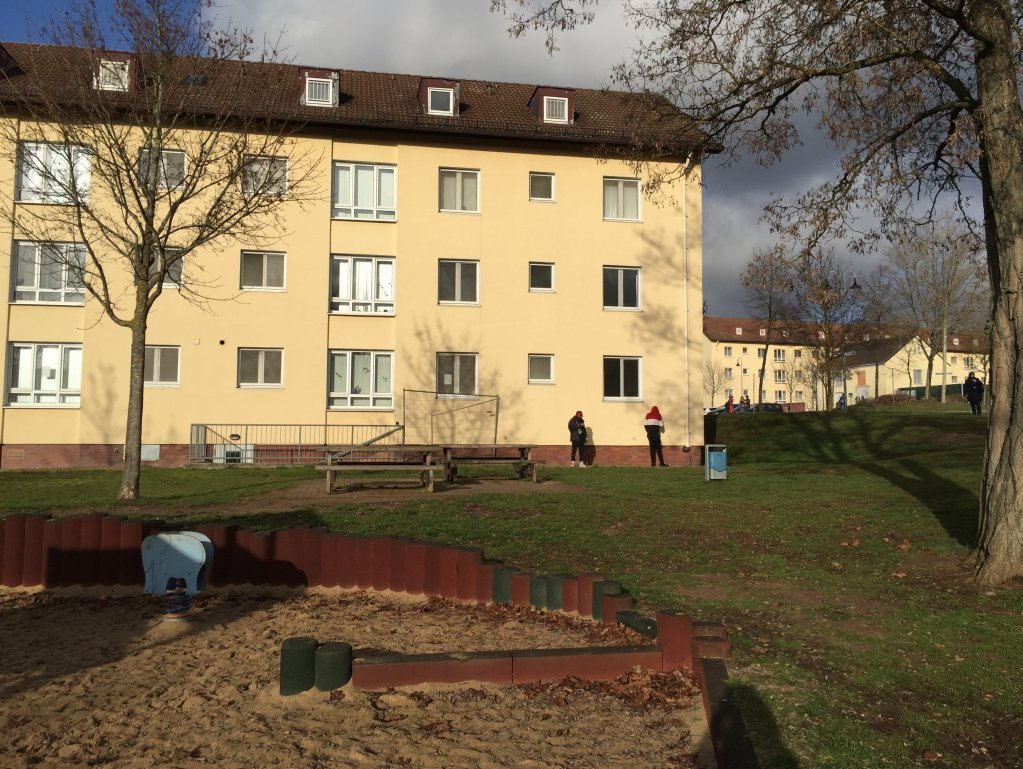 And it shows. Prince’s ID from the German foreigner's office, issued in February, shows a healthier, happier looking man with a roundish face. Today he is thin, and his conversation is interrupted by a persistent cough. He says that within two weeks of arriving at the center, his skin color changed. "I didn’t have depression before, it was here that it started … They spoiled my health, [now] they want to send me back."

In the first half of this year, Germany transferred 4,215 asylum seekers back to other European countries under the Dublin regulation. Most people who arrived in Italy and then traveled on to Germany, like Prince, are sent back to Italy. They get a letter telling them to leave the country or they will be forcibly removed. Between September 2015 and December 2019, over 2,630 people have been deported from the Bamberg anchor center. Plenty more should have been, but they couldn't be located when the police came for them.
The Dublin regulation requires the country where an asylum seeker first entered Europe to process their application for protection. Generally, if the asylum seeker is going to be sent back to the first-entry country, this needs to happen within six months. But if they abscond and the police "don't find them in their room," as Prince puts it, the time limit for the transfer can be extended to 18 months.


For all his problems with the Anchor center in Germany, Prince believes anything is better than being sent back to Italy or Nigeria. "They deported two of my friends back to Italy," he says. "Everybody there, thousands of people they deported there back to Italy are homeless, they sleep on the street, they beg in the street ... When they go to Milan airport, the police gave them deportation papers to go to their commune (local government office). Thank God someone translated it for them and told them that they should not go to the comune, [because] once they reach the commune they are going to deport them back to their country." 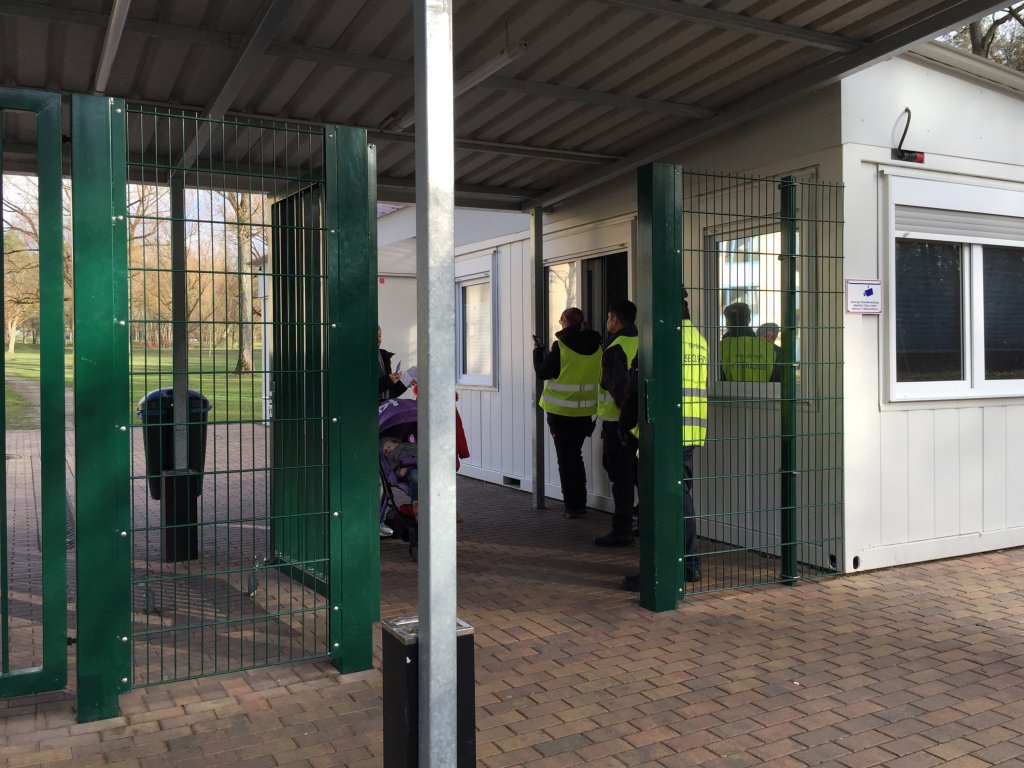 Would Prince ever be willing to return to Nigeria? Yes: "If they can put my country in a proper shape, I will volunteer to go back, because there is nothing like home. Here, I just wish they could grant me the right to work. And I'm not running after money. I'm not well-educated in my country because of the corruption. They should at least give me the freedom to integrate. Because I understand that before you establish yourself in a country you have to learn their language, at least. The language is the first thing."

When I was introduced to Prince, he was rushing into a German class at the community center. Once or twice during the class a burst of laughter came from the room, and afterwards Prince emerged smiling and energized, his two jaunty gold earrings swinging. As well as his activism for the rights of asylum seekers, a book he is compiling about refugee experiences in Europe, rap, hip hop and theater, this is how Prince is managing to create a future for himself, at least for now.
Prince (not his real name) spoke to InfoMigrants at Freund Statt Fremd, a community space for refugees and asylum seekers in Bamberg.
•••• ➤ Also read: Germany: One 'anchor center', two score cards
•••• ➤ Also read: Selma and Mala's story: How a smuggler's dirty trick broke up a family
Post your story and share your experience