Arshid's story: After leaving Iran because he’s gay, he discovers intolerance on his way to Europe

Arshid*, 28, left his native Iran, where he was forced to hide his homosexuality. He continues to do so in Bosnia’s Bira camp, where he has been stuck for nine months. The coronavirus pandemic has made it even more difficult to reach Europe, but he’s not giving up hope of reaching a country where he can finally "be himself".

"We haven't been able to leave Bira camp for two-and-a-half months. We have to make do with the food we are brought here: under-cooked rice, potatoes and carrots swimming in a broth that’s too spicy and salty. It makes my stomach hurt. I can't go shopping, I can't go out to buy medicine, it's starting to weigh me down.

“I'm allowed to go out, but it's a one-way trip. They make us sign a paper. Recently, those who have tried the 'game' [illegal crossing to Croatia] have been caught on the way out. They were transferred directly to a new camp, built a little over a month ago in Lipa," Arshid said in a phone interview with InfoMigants.

Lipa is 25 kilometers south of the northwestern Bosnian city Bihac, not far from the Croatian border.

"In Lipa, the conditions are quite different. No one leaves that camp in theory. And if we get caught outside, the police will send you back in. I was told that it's like a jungle out there, without running water, that people sleep in crowded dormitories under a huge tent. They have no space of their own, they are not sheltered like us here in the Bira hangar. It rains a lot around here.

"The opening of this new camp created panic and there were several 'game' attempts at once. But many of my friends were caught and sent to Lipa.

"So right now in Bira camp, there are fewer people than usual. I'd say there are around 700 to 800 of us. Six of us sleep in our container, instead of the usual ten. 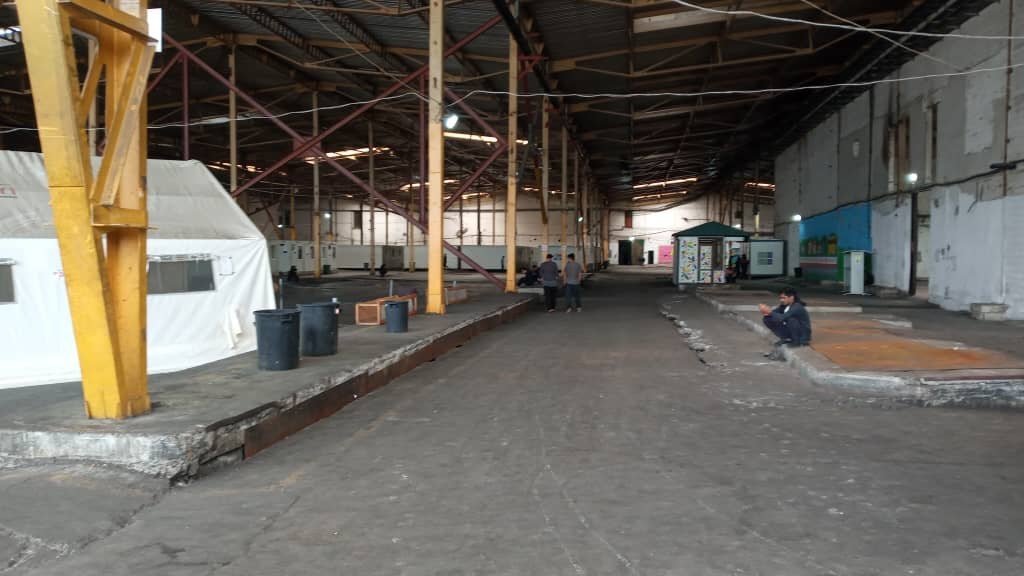 'Here too, I have to pretend to be like the others'

"The last time I tried the 'game' was in December. I was almost at the Slovenian border, but in Croatia, the police stopped me. The police broke my phone and expelled me. I came back here.

"The Bosnian police are on edge these days. They’re attacking us like the Croats do. A few weeks ago, they searched the camp. I don't know what they were looking for. We all had to get out of our containers. It took me a little longer to get out, so they came looking for me. I got beaten up, they didn't even give me time to explain.

"I want to get out of here. I've been in Bosnia for nine months and it's very hard for me in the camps. It's like Iran because here too I have to pretend to be like the others and not reveal who I really am. I left Iran two years ago because I'm a gay.

'Tired of the deceptions'

"For a long time, I hoped my family would accept me the way I am, but that day never came. I was tired of the deceptions, the lies. I decided to fight for what I want to be.

"Back in Iran, I was studying physics at the university, but I dropped out to earn money. I was hired as the manager of a furniture store. When I managed to save enough money, I left.

"I went through Turkey and then Greece, where I lived for 11 months. Things were bad in the camps because of my homosexuality. The other migrants made me feel uncomfortable. I can't stand those suspicious looks any more. I thought that leaving Iran would make me feel better, but I realized that elsewhere too, tolerance is not very widespread.

"These days, I get along well with the people who share my container. But I have been so hurt in the past, I dare not talk about my homosexuality. I fear they would not be able to accept it.

"Italy, France, Germany... I don't really have a precise destination. No matter where I go, I’m just looking for a place where I can feel secure, where my life will be more beautiful. That hasn’t happened yet. But I'm not giving up hope."