Dozens of those who died in last week's explosion in Beirut are thought to have been Syrian refugees. Ahmed Staifi lost his wife and two daughters in the blast.

When Ahmed Staifi rushed home after the warehouse explosion in Beirut last week, he heard his daughter calling out from under the rubble of their apartment.

"She was yelling 'Dad, Dad I don't want to die,'" the Syrian laborer recalled. "I came to see my family, and I found this."

The daughter survived, as did another child who remains in intensive care.

But his wife Khaldiya and his youngest and oldest daughters, Jude and Latifa, aged 13 and 24, did not. They were killed in the blast at Beirut port that produced a huge mushroom cloud above the city.

Six years ago, Ahmed Staifi's family escaped the war raging across the border in Syria. They sought refuge in Lebanon where he was already living and working.

"My wife had called me and said ‘Ahmed, I'm fleeing the war and coming to you.' Death followed her here," he said.

The explosion last Tuesday reduced the three-storey building, where Staifi's family lived, into slabs of concrete and twisted metal.

At least 200 people died and thousands more were injured in the blast. Entire neighborhoods of Lebanon's capital were destroyed in an instant, including Karantina, where the Staifi family had enjoyed a mostly quiet life. 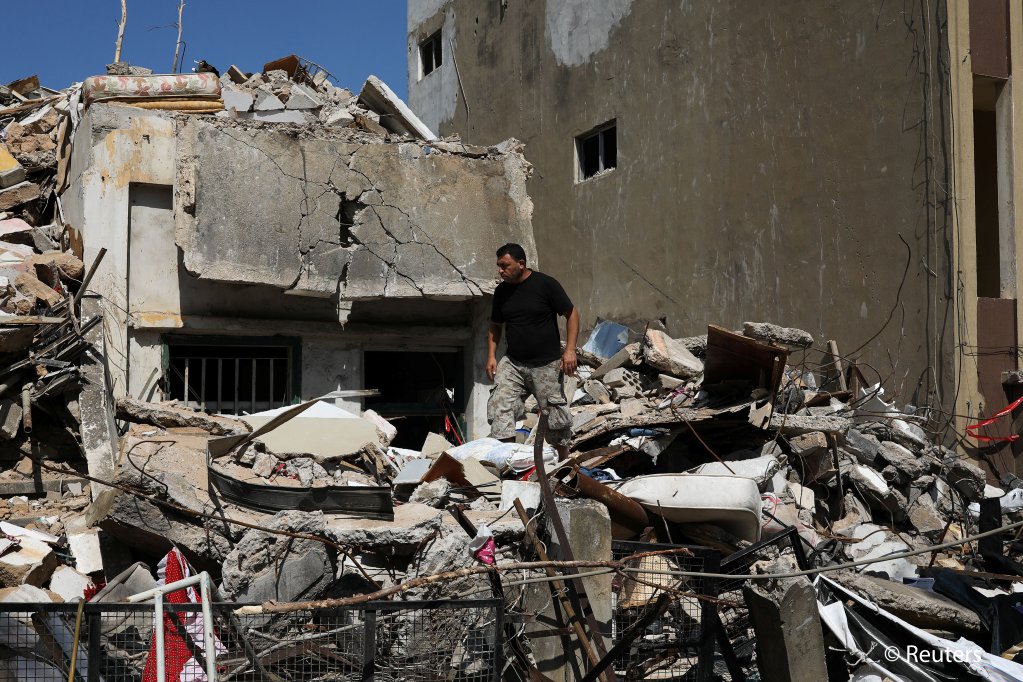 More than a million refugees from the Syrian war have arrived in Lebanon since 2011, when the conflict there began.

At least 34 refugees were killed in the port explosion, the UN refugee agency UNHCR reported on Tuesday, August 11, a week after the blast.

The accident followed months of economic collapse in Lebanon, which had crashed the local currency and left many Lebanese in dire financial straits. It also fueled public outrage that led to the collapse of the government.

Officials have said a huge stockpile of highly explosive material was stored in unsafe conditions at the port for years. In a speech announcing his government's resignation on Monday, Prime Minister Hassan Diab blamed endemic corruption.

Staifi has more important concerns than the investigation into the blast.

He no longer calls to check up on his relatives in his home city of Idlib in northwest Syria, he said. "Now, they're checking up on me instead."