The young people who form part of the project Ragazzi Harraga in Palermo. | Photo: Photographers from Studio 14 - Novara (with kind permission of CIAI Italy)

The young people who form part of the project Ragazzi Harraga in Palermo. | Photo: Photographers from Studio 14 - Novara (with kind permission of CIAI Italy)

Burning up the frontiers

Emma Wallis
There are currently more than 10,000 unaccompanied migrant children in Italy. The majority of them arrive as 16- or 17-year-olds, which leaves them little time to integrate into the school system and Italy as a whole before they become adults. Now a new project in Palermo is providing a springboard for those recently turned 18 before they launch into adulthood.
Two parts of the Ragazzi Harraga project are based at a house which belonged to the church in the multicultural quarter of Ballaró in Palermo. This is the dome of the Church Carmine Major in the same area.

"Harraga is an Arabic word, it means ‘the one who burns,’ and we are using it in a positive sense," says Valeria Leonardi, coordinator of the guesthouse of the Ragazzi Harraga project. The burning refers to the young people who have risked everything, burning up frontiers to migrate in the hope of a more positive future. And that more positive future is what the project is aiming to provide for those at its center.

Ragazzi Harraga tries to nurture the talents that these young people already have, harnessing the experiences they have undergone, and help them to use those skills to build a future in Italy. It offers courses, internships, social housing and a protective wing to replace the parents and guidance that these people are lacking in Italy. There have been video-making workshops, theater, rap schools and lots of help finding jobs and training. Most of those taking part have to work in paid jobs alongside their studies in order to survive. The project comprises many different facets but it aims to help 400 young unaccompanied migrants over the next three years. 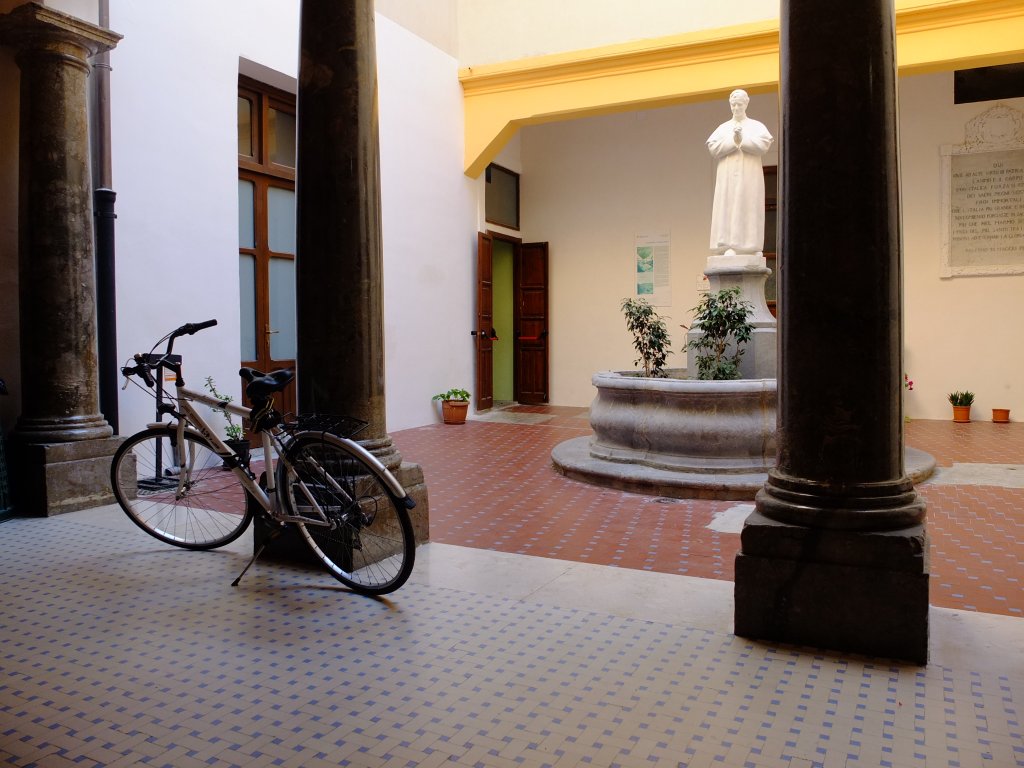 Ragazzi is an Italian word meaning a group of young people, or young men. It's not unusual for Sicily that 'Harraga' should come directly from Arabic. For a couple of centuries, Italy was ruled by Arab dynasties by way of North Africa. Many Sicilian words, food and culture have roots in Arab culture, even today. At a crossroads of the Mediterranean, the island has taken the best bits from Greek, Roman, Arab, Norman and French societies and rolled them into one enticing mix. Couscous is still eaten in the west of the island, the delicious sweets for which Sicilian bakeries are famed all come from Arab culture; and the sweet sour of caponata or pasta con le sarde (pasta, sultanas, sardines and pine nuts) too. 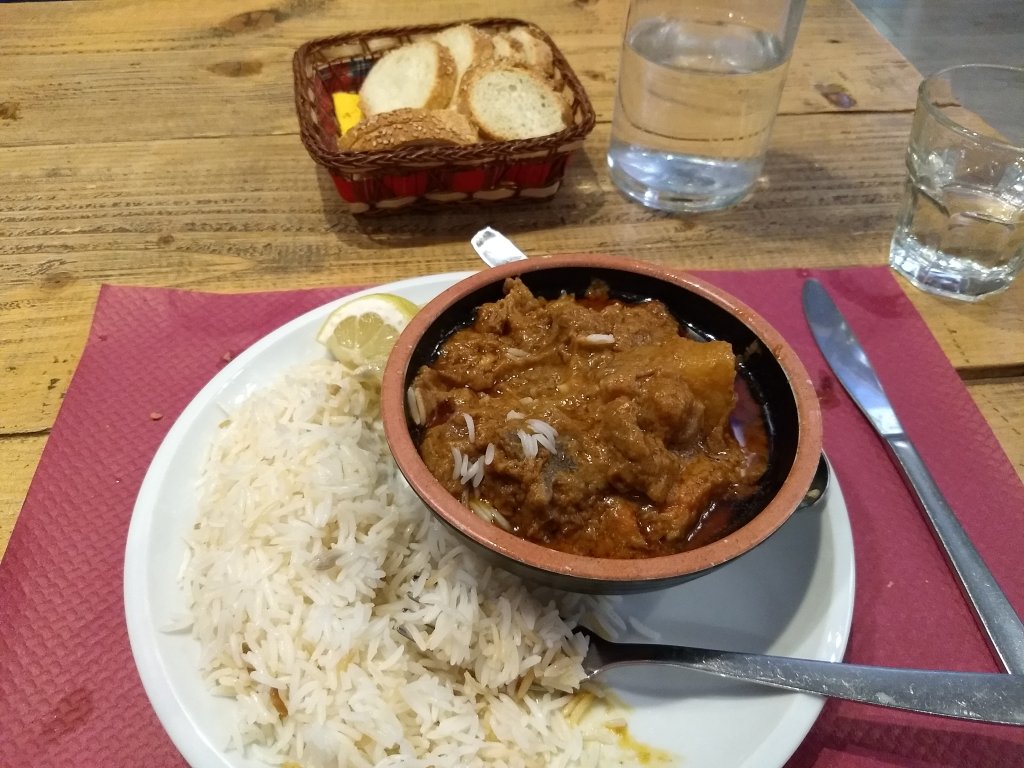 Today in Palermo, this melting pot of cultures is perfectly expressed in the restaurant, bar and co-working space, Molti Volti (Many Faces) which serves up Sicilian caponata alongside Baba Ganoush (aubergine dip), Hummus, and Senegalese Mafé (a spicy Senegalese peanut stew). Molti Volti is in the central Ballaró quarter of Palermo, the most multicultural area of the capital.

A springboard to adulthood

Ballaró is also where the young men of Ragazzi Harraga live, hang out and study, in a house restored from a church property, Casa Santa Chiara. The project started at the end of April this year and chose eight young men who had recently turned 18 to move in. "We were looking for those who had it in them to become independent within about a year," explains Leonardi. "That is not to say that we would push them before they are ready, but the project is meant to act as a kind of springboard, to launch them into the next phase of adulthood." Sitting next to Leonardi are 21-year-old Yacub Said from Cameroon and 19-year-old Amadou Diallo from Guinea. They both arrived as unaccompanied minors themselves and have had to make their way to adulthood without the benefit of the project. Now though, they are working for the guesthouse and are both studying tourism.

Said arrived in 2011 at the age of just 13-and-a-half. He was part of a football team that flew to Libya from his native Cameroon and then, as war broke out there, he was pushed onto a boat. "Things were a bit easier when I arrived compared to now. The climate has become a bit tense now. We are seen as something which is stopping Italy moving forward. If someone were to only watch TV and read the newspapers, they might believe that and they would be ignoring reality. Projects like these can help people see that we have capacities too and that we know how to do things. We can work and we don’t want to be supported," he explains. Said is still in touch with his family, he calls them every Sunday and speaks perfect Italian with a Palermitan accent. "But just don’t say I’m ‘well integrated’ or I get angry," he warns, smiling. "But isn’t being well integrated a good thing?," I ask. "Telling me I’m ‘well integrated’ means that I have done all the work to learn your language, that I eat your food and talk your words. But you have done nothing to learn about what I eat at home, about the language I speak. Not one word. That's why I hate it when people say I am well integrated," he explains. "It ignores the fact that both sides should come together and learn about each other."

Amadou Diallo speaks perfect Italian too. He arrived in August 2015 when he was 16. Originally, he dreamed of being an engineer, but he had already studied Arabic, French and English in his home country, Guinea, and was advised to continue developing his language skills in Italy. He's since added Spanish and Italian to the mix.

"Ragazzi Harraga has allowed me to integrate into the world of work. I did an apprenticeship for four months in a four star hotel and loved it. It allowed me to apply all my languages." Now Amadou works on the reception desk for the project gueshouse at Santa Chiara, as well as studying. He is in the fifth year of school studying tourism. "I saw that is a way I can work here."

Said is already at university in Palermo and has won a scholarship to continue his studies. "I am eager to learn. Tourism sciences has law and economy within it. I love learning more about the world. I want to show what I can do." 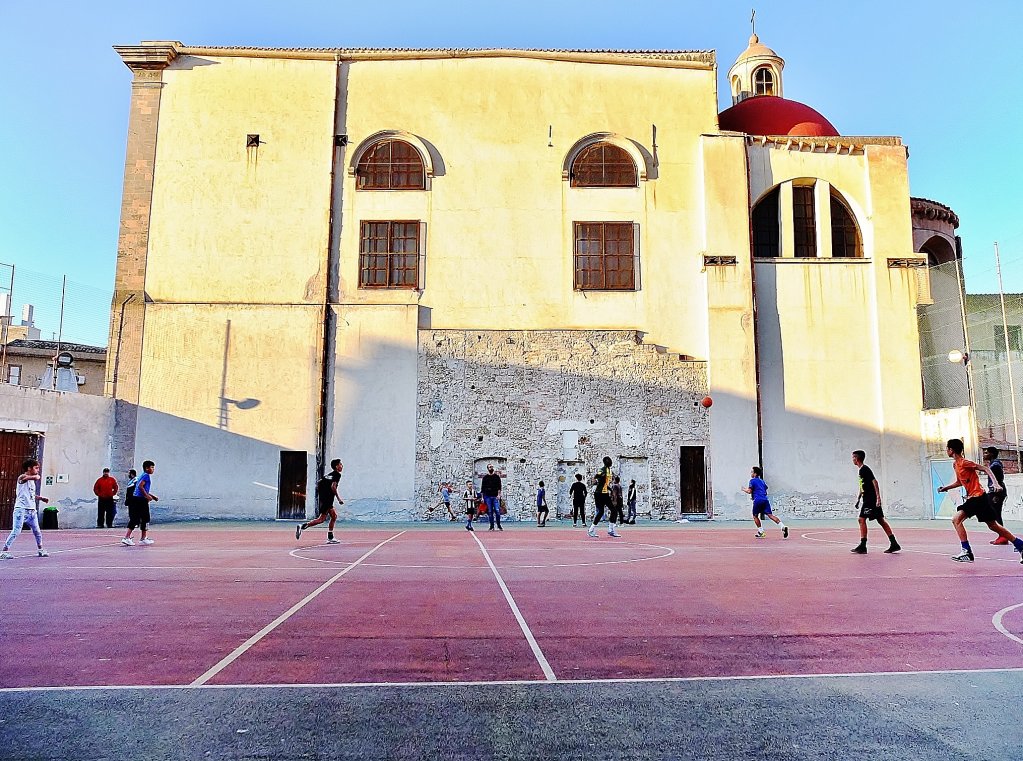 Amadou and Said are fairly typical of the majority of unaccompanied migrant children and adolescents in Italy. According to the Italian Ministry of Labor, there are currently 11,838 unaccompanied minors in Italy. 92.6 percent are male and just 7.4 percent are female. Most adolescents are between 16 and 17 years when they arrive, the majority coming from Albania, Gambia, Egypt, Ivory Coast and Guinea. 39 percent of them have stayed where they landed in Sicily. The rest tend to leave the "first welcome centers" they are sent to because they want to join friends or relatives in Northern Europe. The trouble is, they then slip out of the system. Although adolescents make up most of the unaccompanied minors in Italy, they also cause the most headaches for the authorities too. "Adoption and fostering can be difficult," says Filomena Albano, the Italian national Guarantor for Childhood. Adoption because many of them still have a family in their countries of origin, and fostering because of the complex process involved in welcoming an almost-adult, with a very different culture and language, into many Italian families. "It needs a lot of support from the social services," Albano adds.

Looking at the Mediterranean Sea | Photographers from Studio 14-Novara

In Palermo, the Guarantor for Childhood is Pasquale D'Andrea. He realized that his city faced a particularly hard task, given that the majority of young adolescents who arrived stayed in Sicily, and many gravitated to the capital. 2016 saw a peak in arrivals of unaccompanied minors -- around 17,000, according to D'Andrea. Given that most of them were between 16 and 17 at the time of arrival, the majority turned 18 this year, and that prompted D'Andrea to create a new project to catch them before they fell out of the system. "If these young people have not had a very structured journey up until they become adults and they are not continuing their studies, then they risk losing their permit to stay or are unable to renew it," explains D'Andrea.

As part of his project, he assigned tutors to about 200 of those to help show them the way through the mountain of bureaucracy and find projects or internships to train them up for full independence. Ragazzi Harraga is one of a network of these projects which is trying to fill that grey zone between childhood and adulthood.

A drop in the ocean?

It can feel a bit like a drop in the ocean, helping just eight out of several hundred every year who are turning 18, not to mention all those who never took the help offered by the authorities as minors and made their way onto the black market through the north of Italy and beyond instead. But Valeria Leonardi is adamant that even if Ragazzi Harraga has started small, its resonance through the people who come into contact with the project will help it grow and grow. "There are a lot more people who benefit from this project than just those eight. We work for it, tourists will arrive, people who offer the internships and so on. So it multiplies."

One project cannot solve all the problems that are facing young unaccompanied migrants in Palermo, but it's a good start, Said and Amadou say. That doesn't mean that they don't still face challenges along the way. Amadou recounts, with regret, how the rest of his class will be able to go abroad to practice their language skills. He, on the other hand, has to remain in Palermo because his residence permit still needs to be renewed, something that hangs over most of the young people I talk to.

"I see it as a long staircase that I have to climb," Amadou says stoically. "It might take a while, but I will get there in the end." 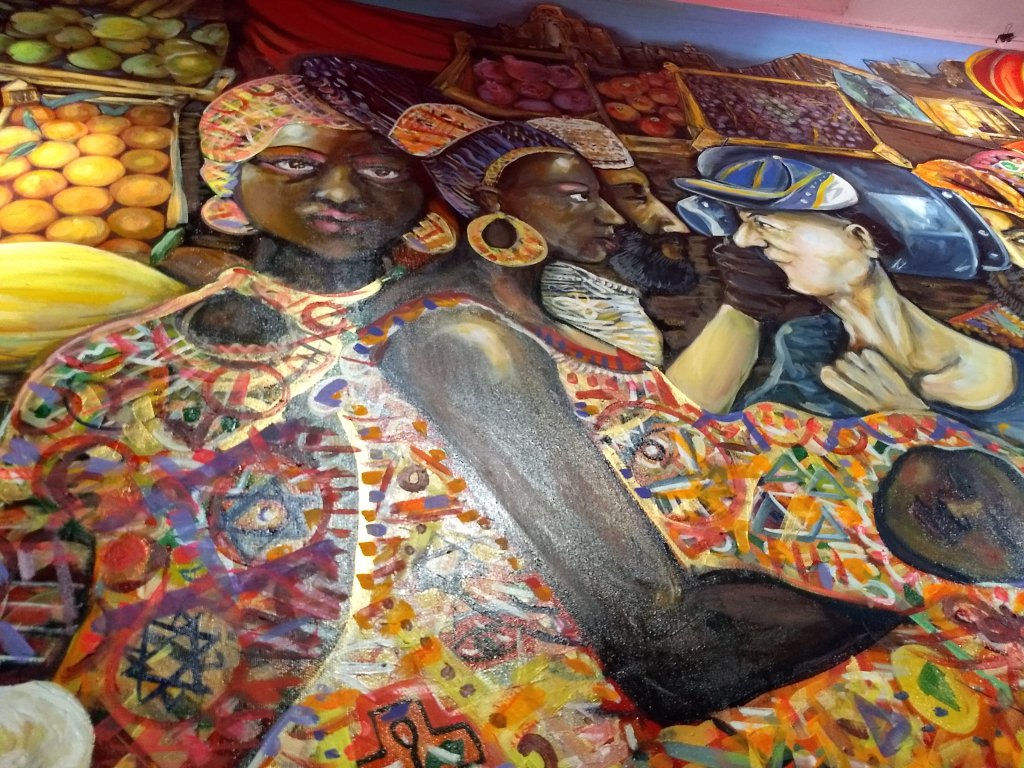 Leonardi, who has lived in Sicily for ten years, originally comes from the richer north of Italy. She is well aware of the poverty and challenges that face the people and the authorities in the city of Palermo and across Sicily but she thinks that this is one of the island's strengths too. "I think Sicily is actually very welcoming. Just a few meters from here, the street signs are written in three languages, Arabic, Hebrew and Italian. We know that not enough is being done, and we need to recognize the problems, but there is lots that is being done here too. I am not trying to be romantic but in this area, Ballaró, people know the problems the new arrivals are facing, because they have lived them too. People here really understand the challenges of poverty and so they accept them and offer help to those in need." Ragazzi Harraga's social housing model is trying to do just that. It is an integral part of the community in which it is based and, in a typical Sicilian way, it is making partnerships with organizations and businesses and enriching everyone’s lives as it goes. For people who come into contact with the project, the intercultural exchange that Said hopes for is the only way forward. A recognition of the strengths that these young people brought across many borders as they make their way into the Italy of the future.

If you would like to find out more about the project you can visit the following websites:

For the guesthouse at Santa Chiara

Thank you to CIAI Italy and the Foresteria Santa Chiara and the project Ragazzi Harraga for allowing us to use some of the photos donated to them by professional photographers.
Top stories/Features
Credits