The first batch of migrants who were evacuated from Libya are now waiting at a transit center in Rwanda to find out about their refugee status. Regardless of the decision, many of these traumatized people see Rwanda as a transit country, not their new home.

At the United Nations emergency transit center south of Rwanda's capital Kigali, 189 people are waiting for the UN refugee agency UNHCR to determine whether they are refugees.

The single mothers, unaccompanied children, families and others were evacuated from Libya and started arriving in Rwanda in late September. They hail from Sudan, Somalia, Eritrea and Ethiopia and were given asylum seeker status in Rwanda - but they don’t want to live here, according to a UNHCR translator.

A heartfelt thanks to the generosity of @RwandaGov and the Rwandan people, 189 refugees and asylum seekers evacuated from #Libya are now safe in the Gashora Transit Center while solution sought. Thanks 🇷🇼 for the big heart! #WithRefugees #RwOT pic.twitter.com/apiFi2kk7x

Villechalane said the asylum seekers are suffering from post-traumatic stress disorder. The 189 asylum seekers are the first batch of evacuees UNHCR brought from Libyan detention centers to Rwanda. They are meant to be resettled to other third countries.

Another 120 vulnerable persons are expected to be brought from Libya to the tiny central African nation in November.

From Libya to Rwanda

Rwanda, which at one time in 1994 had over 2 million of its citizens displaced after a genocide, in September signed a deal with UNHCR and the African Union that is meant to help resettle hundreds of refugees trapped in Libyan detention centers to Rwanda.

Under the agreement, more people could be transferred "if they are satisfied with how it works," said Vincent Cochetel, the UNHCR’s special envoy for the central Mediterranean.

The Rwandan government has said it is prepared to accommodate as many as 30,000 evacuees, although the plan is for the program to unfold in batches of 500 to prevent the country of 12 million from feeling overwhelmed. 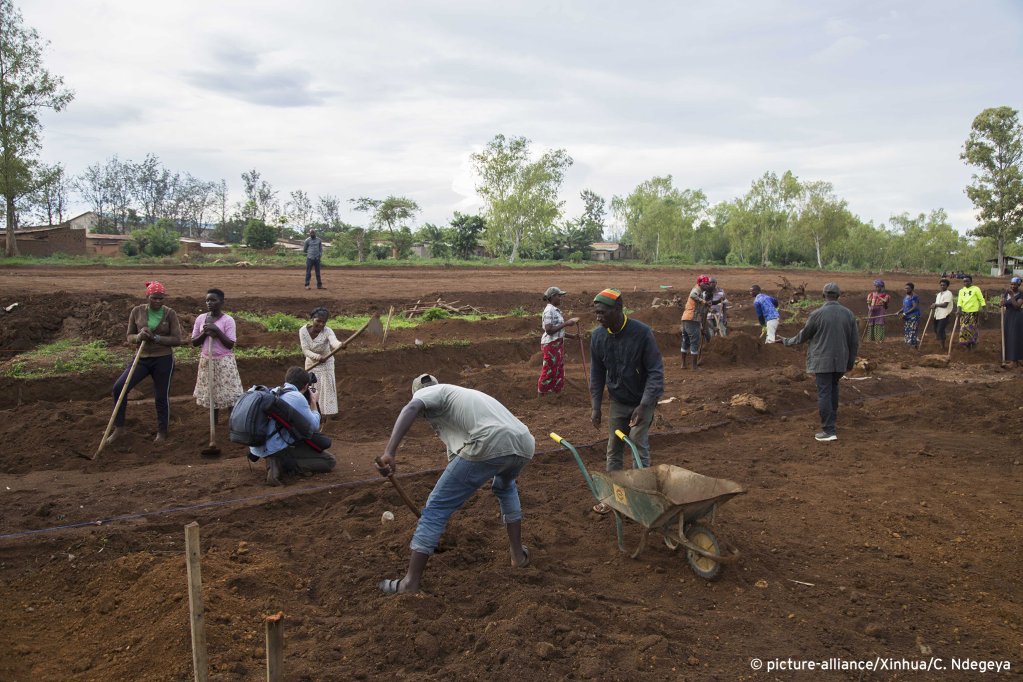 Since 2017, the UN has evacuated more than 4,400 refugees and asylum seekers from Libya. Villechalane of UNHCR said that around 3,000 migrants from countries including Eritrea, Somalia, Ethiopia and Sudan are still thought to be in detention in Libya.

She called on other countries to follow Rwanda's example.

Many of the Libyan detention centers are run by militias, and detainees are forced to endure inhumane conditions. In July, a detention center in Tripoli was bombed, leaving 40 migrants dead.

Authorities there are trying to close the route across the Mediterranean Sea that has seen thousands of people perish trying to reach Europe.

'A better life somewhere else'

Migrants at the center in Rwanda told news agency Reuters they were being detained in underground cells in Libya, having survived attempts to cross the Mediterranean that were thwarted when their boats were intercepted by coast guards and sent back to North Africa.

"Rwanda is not like Libya but all of us need another step," said 18-year-old Abdullah Rodwan, from the war-torn Darfur region of Sudan. He fled Sudan in 2016 with a group of 300 young men. Many died, either in the desert or at sea, he said.

Rodwan arrived by UN-chartered plane two weeks ago and said he was anxious for word on where he might be resettled.

"I hear people say that we might get a chance to live in Africa but, you know, Africa today is good but tomorrow it can easily be bad. That’s why we need a better life somewhere else."